Of all the tablets in the new ZenPad line of Android tablets unveiled today at COMPUTEX 2015, this is the centerpiece, the Asus ZenPad S 8.0 (Z580CA / C):
http://www.amazon.com/ASUS-ZenPad-Z580CA-C1-BK-64-Tablet

The main reasons are the 2048 x 1536 resolution display, up to 4GB of RAM, and good specs pretty much all over. To set them distinctively apart from other tablets, they also have the purse-fold design feature that Asus started with in the Asus MeMO Pad 7 (ME572C) model.

There are two models of the Asus ZenPad S 8.0, and those are the Z580CA and Z580C. Most of specs are the same, so we’ll begin by looking at how they are similar. 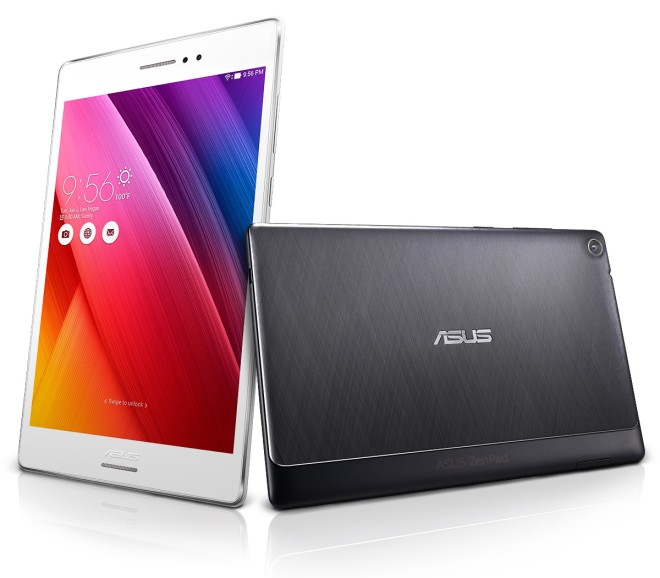 They are both Android 5.0 tablets with the Asus Zen user interface on top of the OS. The 8-inch screen has a display resolution of 2048 x 1536, with 10 finger multi-touch support, Gorilla Glass, and a fully laminated IPS screen with anti-fingerprint coating.

They also have 2 front speakers with DTS HD Premium Sound, combined with Asus Sonic Master audio technology, while on the sensor side they have GPS, GLONASS, G-sensor, E-compass, light-sensor, and hall sensor in common.

The battery life is 8 hours for both models of the Asus ZenPad S 8.0, so that’s the only let down so far. This is from a 15.2Wh Li-polymer battery.

The last two things they have in common are the black and white color options as well as the 5GB free of life time Asus cloud storage called Webstorage Space. All the rest of the specs are different, from thickness to processor.

Asus ZenPad S 8.0 (Z580CA)
This is the top model of the two. It is powered by a quad-core Intel Atom Z3580 processor, and a IMG PowerVR G643 GPU. This model is also the one that has up to 4GB of RAM, which is the first time on a consumer tablet that runs Android. But it’s just one option. Another option is 2GB of RAM.

A relevant difference is that this model also has active digitizer support, built particularly for Asus’ own Z Stylus digitizer with support up to 1024 levels of pressure sensitivity with a 1.2 mm ball tip on the pen.

Another difference is with the 5MP front camera and the 8MP rear camera, and welcome to a lot of people, the inclusion of a USB 3.1 Type-C port on this model.

The last two differences are summed up in the dimensions, since this is also the lightest and thinnest of the two models. It weighs just 298 grams, while the thickness is 6.6 mm. 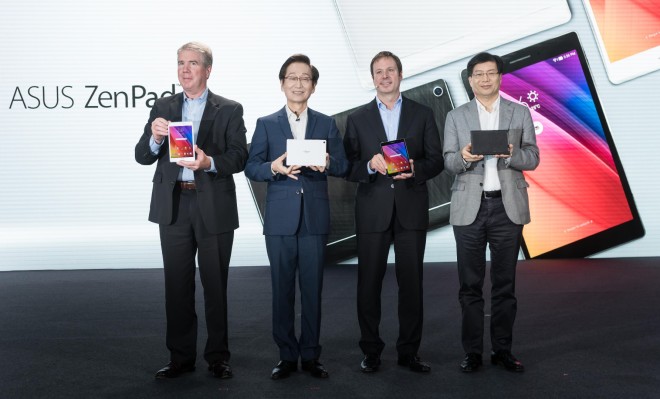 Asus ZenPad S 8.0 (Z580C)
This is the cheaper version of the two models, but it still has the same high-resolution display, so it’s still a great tablet.

It comes with 2GB of RAM as standard, with no optional increase or decrease. The storage options are also lower at 16GB and 32GB, but with 128GB microSD card support, that doesn’t matter so much. It also only has a standard micro-USB port, as opposed to the top-end model.

It also lacks the fastest ac support on the Wi-Fi side, as 802.11 b/g/n support is all you get. Though unless you are streaming the most demanding videos, it may also be all you need.

On the front there is a 2MP camera, while on the rear there is a 5MP camera. And while it’s still thin and light, it weighs 317 grams, and measures 6.9 mm in thickness.

It will be released on July 8 in the US.
Incidentally we are only a few weeks away from the announcement of the main rival of this tablet, the 2nd generation Samsung Galaxy Tab S2.