The pictures say a few things about the Samsung Galaxy Tab S 10.5.
First of all the bezel on the sides of the Galaxy Tab S are approximately 40% narrower than on Samsung Galaxy Note 10.1 2014 Edition and Samsung Galaxy TabPRO 10.1, both of which have the same hardware specs, except from the AMOLED screen of course. Design wise the tablet looks identical to it’s other top-end siblings on the front, and that’s a good thing. Although the middle home button is said to integrate a fingerprint sensor, which is a new feature.

But on the back, Samsung have opted for a different texture on the leather than its two siblings. So to make their 8.4-inch and 10.5-inch AMOLED tablets stand out, Samsung have chosen the kind of perforated texture that they also went with on the Samsung Galaxy S5

smartphone (see picture on the bottom of this article). 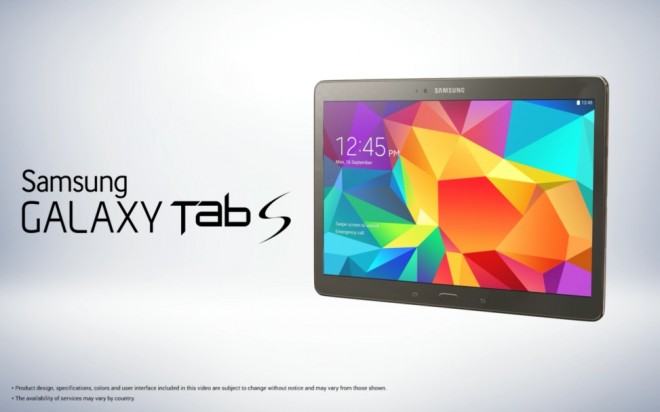 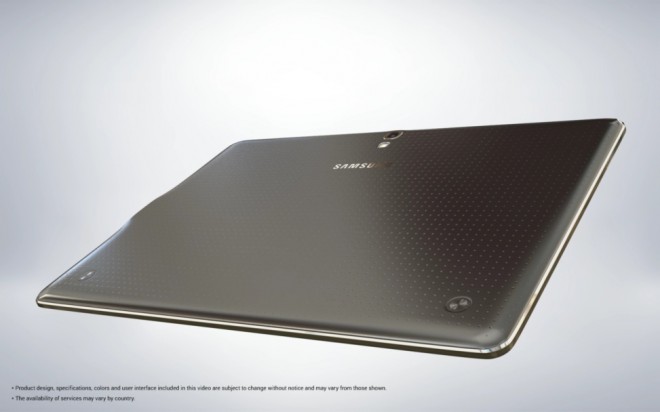 The two small circles on the back is said to be there to fit in with Samsung’s own book cover for these AMOLED tablets.

The last noticeable thing is the instalment of Samsung’s Magazine UX on these tablets. We’ll see if it’s optional or not when these tablets becomes official. The Magazine UX was massively introduced on the latest high-end NotePRO and TabPRO tablets and are demonstrated in the video below.

No new information have surfaced regarding the unveiling and launch date for the AMOLED tablets yet, but given the frequency of the leaks they could be just a month away, with the COMPUTEX event in early June a possible scenario. 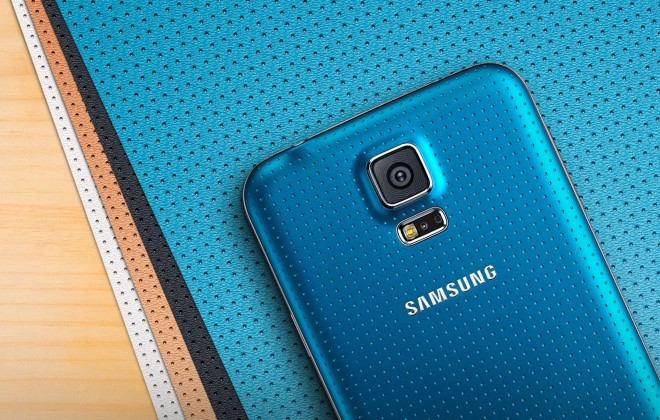 Perforated leather and design of the Samsung Galaxy S line