Samsung’s new Super AMOLED tablets, the Samsung Galaxy Tab S 10.5 and 8.4 that was launched on June 12 is available for pre-order/presale starting on June 13, and will last until June 25, when it begins shipping in the evening ahead of the official June 26 release date:
http://www.amazon.com/Samsung-Galaxy-8-4-Inch-Tablet-Titanium 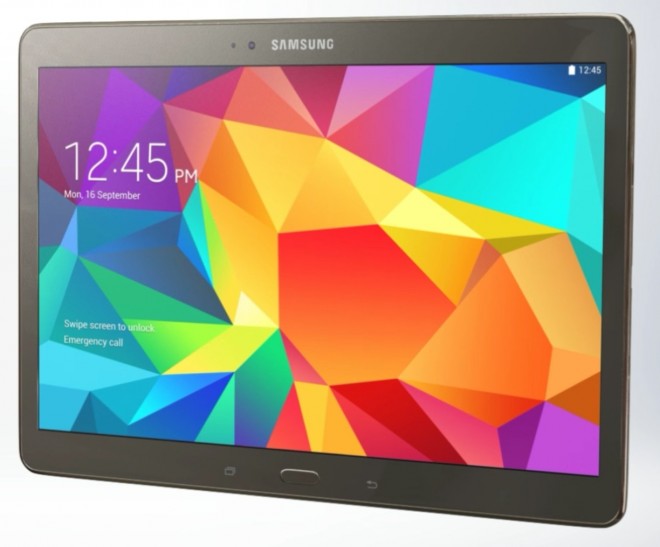 The specs begin with the formidable WQXGA (2560 × 1600) Super AMOLED display on both of these tablets, and the goes to the just as formidable octa-core Exynos 5 (5420) SoC processor that features ARM’s big.LITTLE technology with 4x 1.9GHz Cortex-A15 cores and 4x 1.3GHz Cortex-A7 cores, while the graphics processor unit is the 6-core ARM Mali-T628 533MHz GPU.

On the memory side, Samsung Galaxy Tab S have 3GB LPDDR3e (933MHz) dual-channel RAM, while it comes with a minimum of 32GB ROM storage with a microSD slot that supports cards up to 128GB.

The operating system is Android 4.4.2 KitKat together with Samsung’s Magazine UX, and Samsung promise quick updates to the OS too, to support future updates.

The navigation sensors integrated are GPS and GLONASS.

On the features side, the list is very long since this is a top-end Samsung tablet, but the main features that must be mentioned are the “tablet first” fingerprint scanner/sensor on the Home Button (enables multi-user login, screen unlocking, PayPal payments, etc), the Ultra Power Saving Mode for very long battery life, Remote PC, Download Booster, phone answering features when paired with a phone, AMOLED Cinema, AMOLED Photo, Professional and Dynamic display modes, just to mention some of the most novel features.

The design of Samsung Galaxy Tab S shows the new perforated texture that Samsung have won awards for, which on the back of the tablet provides a soothing friction, and with an elegant touch of copper color on the sides of the tablet.

Samsung have also made some Samsung Galaxy Tab S accessories, which are two new fitted covers for these tablets that are called Flip Covers and connect with buttons to the two dots on the back of the tablet that functions as proprietary connectors. These covers come in white and bronze (brown). 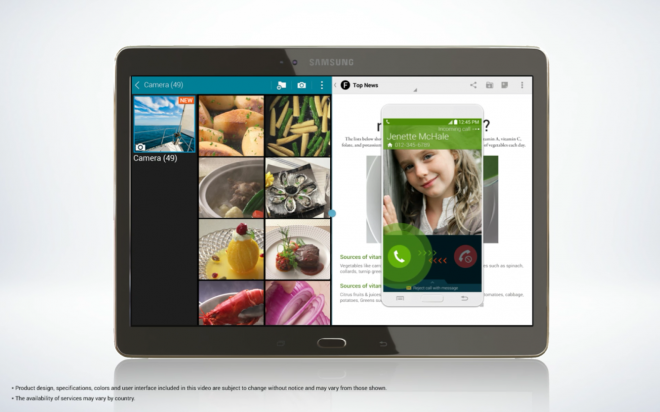 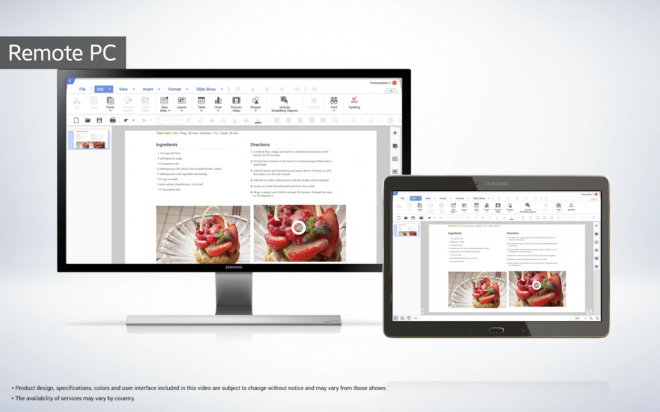 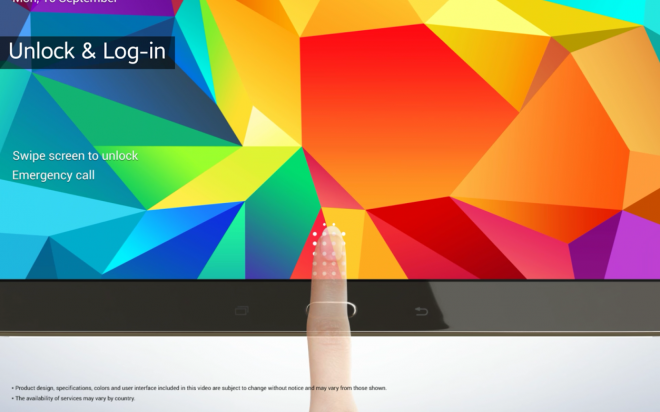 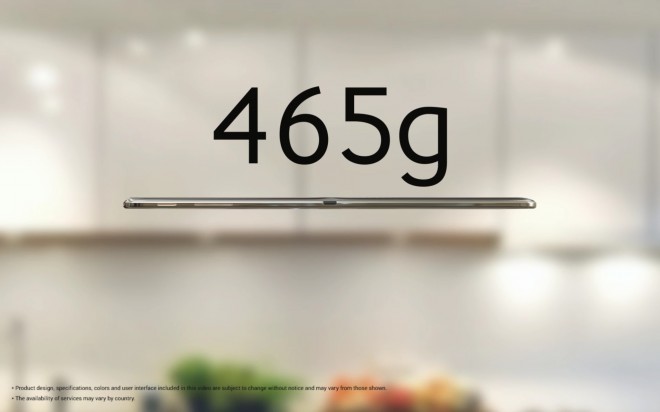 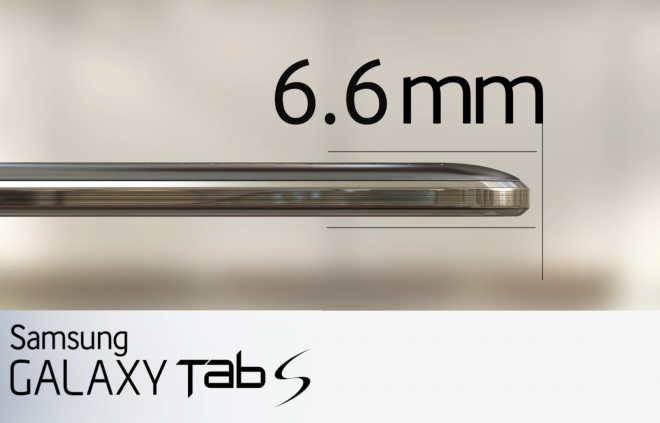 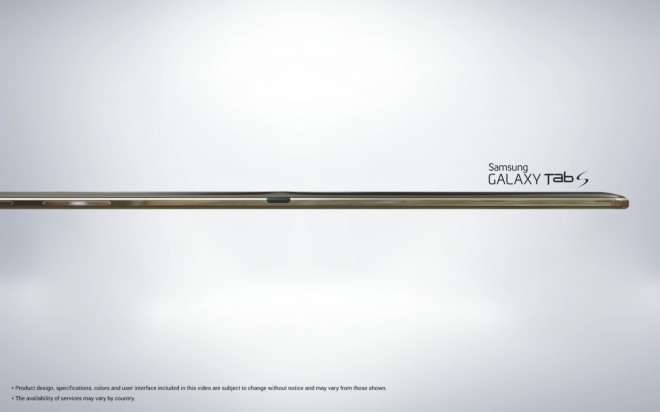 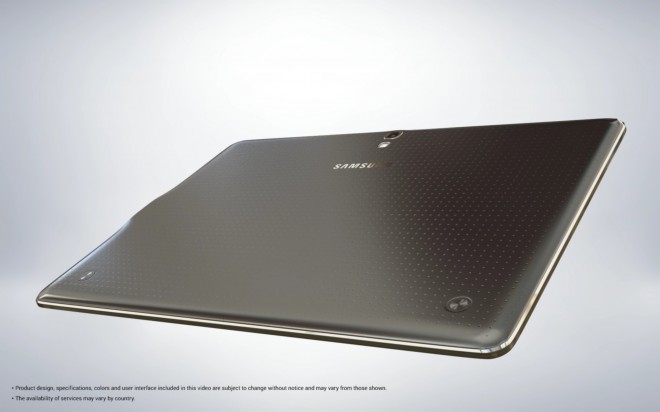 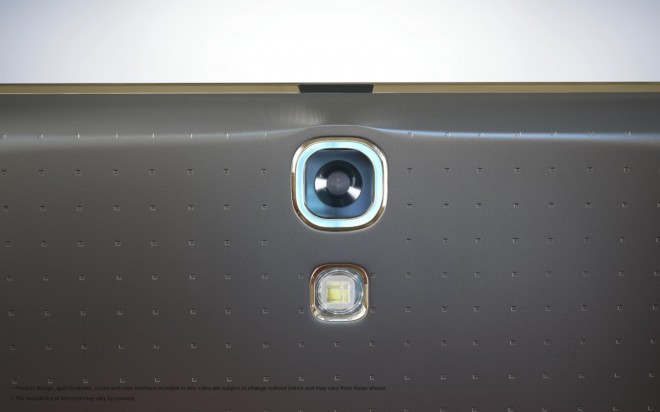 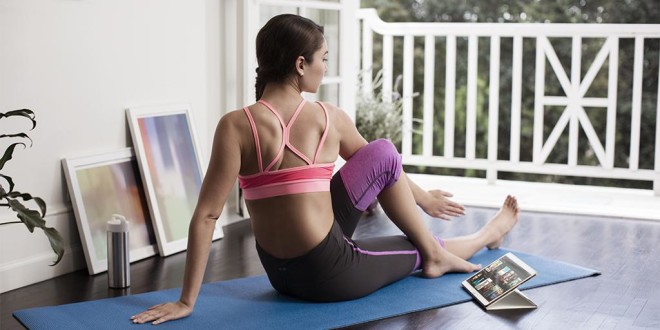 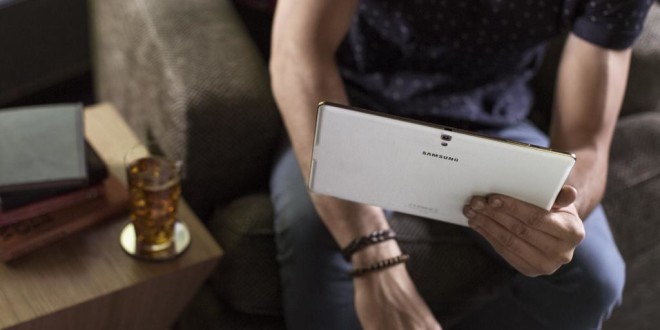