It’s been almost three years since Samsung launched their largest rugged tablet, so it has reached its upgrade cycle at this point.

Sammobile reports that an invitation only online event will take place on July 13, where the Samsung Galaxy Tab Active4 Pro will be unveiled alongside the new rugged smartphone Samsung Galaxy XCover6 Pro.

It’s sometimes possible to buy one of the rugged tablets and smartphones in Samsung’s Active range in
regular retail stores, but from Samsung’s side, their rugged products are mostly sold directly to businesses and organizations instead through the Enterprise division. 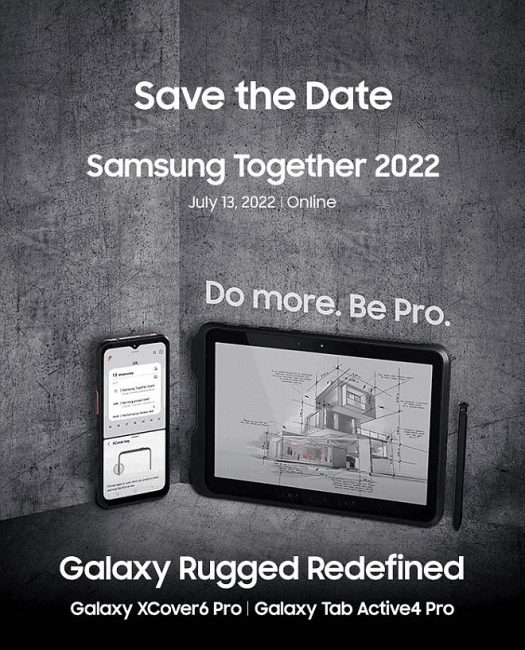