Back in early October, Samsung launched the 8-inch Samsung Galaxy Tab A Kids Edition (2019) for $149, but now a larger Samsung tablet will be launched as a kids edition too.

Simply called Samsung Galaxy Tab A 10.1 Kids Edition (2019), this tablet is a 10.1-inch Full HD tablet running Android 9.0 that will launch in select markets in the weeks ahead. As a children’s tablet, the Samsung Galaxy Tab A 10.1 Kids Edition (2019) comes with a green bumper case with a combined rear kickstand and foldable large ring to carry it around with on the physical side, and then a bunch of kids apps with content and a parental control suite for features.

The specs for the tablet in itself are very good for a kids tablet, since the tablet underneath is the Samsung Galaxy Tab A 10.1 (2019) that was launched earlier this year and that is currently sold on Amazon from around $200 and up. 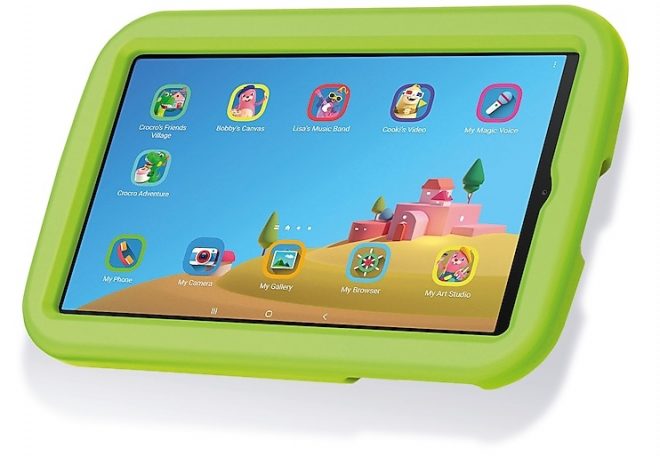 This kids tablet is also equipped with other things the kids will appreciate, such as stereo speakers with Dolby Atmos, a 5MP front camera, a 8MP rear camera, dual-band Wi-Fi 5 cover, Bluetooth 5.0, and it even has GPS, GLONASS, Beidou, a 13 hour battery life from its 6150 mAh battery, and it has a microUSB port, and a 3.5mm headphone jack.

The black tablet underneath is thin at just 7.5mm, but wrapped with the Kids Cover bumper case it naturally becomes easier to grip and hold onto for kids, not to mention that the Kids Cover offers a lot of drop protection for the table too.

Samsung haven’t actually announced this tablet yet, but will soon when it becomes ready for the marketplace. The main alternative in this tablet category is the New Fire HD 10 Kids Edition that launched just last week. 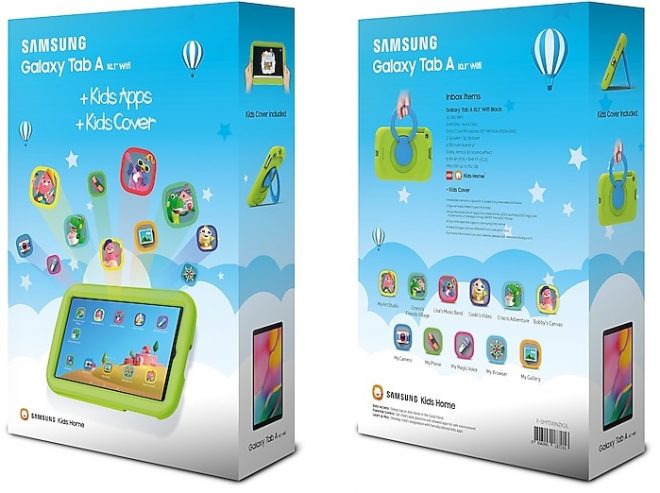