The tablet that’s so far only known by its model number Samsung SM-T540, SM-T545, and SM-T547 have leaked again through some official registrars, just ahead of the IFA technology trade show next week.

This new Samsung tablet with Android 9.0 first leaked when the Samsung SM-T545 was benchmarked in June. Those benchmark tests revealed internals such as 4GB of RAM and a Qualcomm Snapdragon 710 processor, as well as the Android 9.0 Pie OS of course.

But now this tablet have been certified by the Wi-Fi organization too, with dual-band 802.11 a/b/g/n/ac Wi-Fi 5. Not only that, but it passed through the FCC too, which revealed some more interesting details. 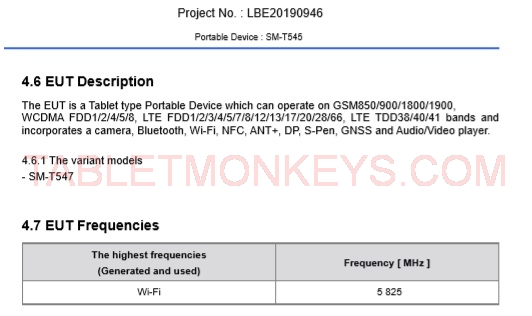 Most exciting of which is probably that this tablet comes with a brand new Samsung S Pen. Other confirmed specs includes front and rear cameras, NFC, optional 4G LTE, a 7600 mAh battery, a microSD card slot, and a USB C port.

What this tablet will be called and what segment it will be aimed at nobody but Samsung knows yet. The SM-T500 series has traditionally belonged to 10.1-inch Samsung Galaxy Tab models.

Samsung applied for trademark rights for a Samsung Tab Active Pro earlier in 2019, which could fit this tablet because of the NFC and digitizer, but then on the other hand all the different model numbers for it indicate what would typically be a consumer market tablet instead.

Based on our own leaks, Samsung is also to launch a Samsung Galaxy Tab A Kids Edition this year, but that’s an 8-inch tablet with just 2GB of RAM, so it doesn’t fit the Samsung SM-T540 model series.

The illustration used for the FCC approval makes it look like something in the region of a 10.1-inch tablet. With a bit of luck, this tablet could be announced at IFA next week, though Samsung will already release the new Samsung Galaxy Tab S6 then, on September 6. 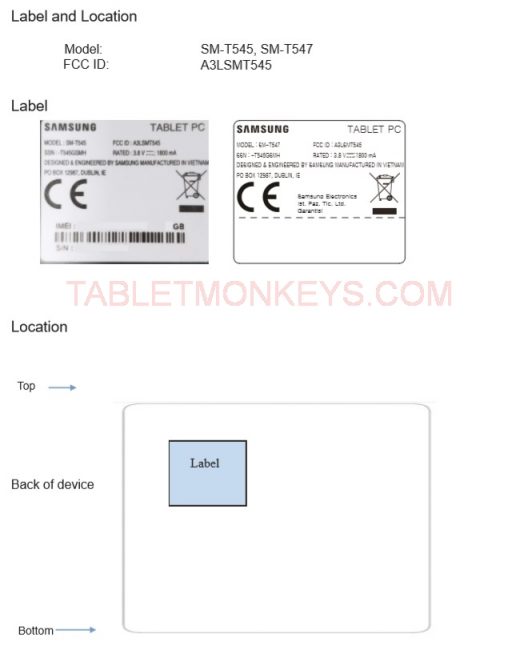 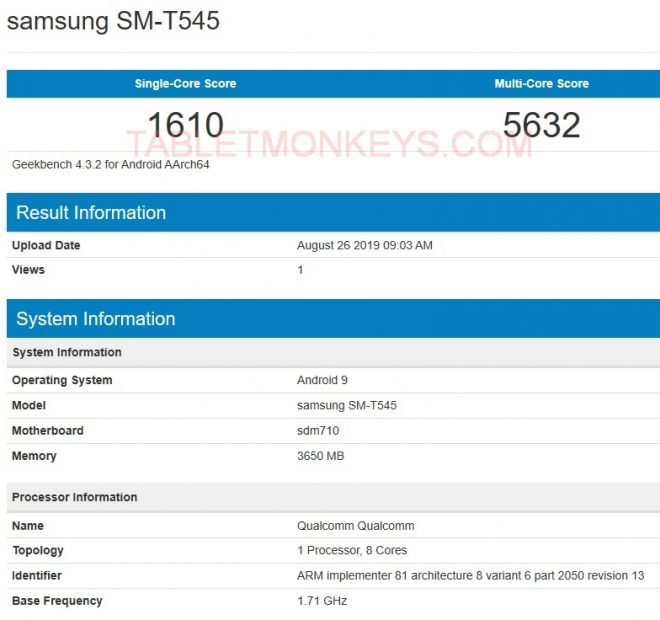