Nashville Chatter found what looks like legit benchmarks of a new Samsung tablet carried out on June 24.

The benchmarks are for a unannounced Samsung tablet with the model number Samsung SM-T545. In Geekbench 4, this SM-T545 tablet first achieved single-core scores of 929 and multi-core scores of 4450, which meant that only the multi-core sores were any good.

But when I checked the Samsung SM-T545 benchmark scores myself today, I noticed the same tablet have been ran anew today with significantly higher scores, scoring an average of over 1620 in single-core and 5670 in multi-core scores. 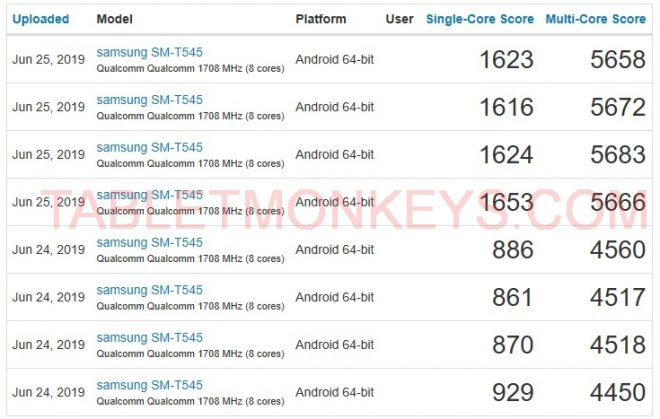 The hardware is specified as the same in all 8 benchmarks, meaning an octa-core Qualcomm Snapdragon 710 processor with 4GB of RAM, running Android 9.0 Pie.

Samsung have applied for trademark rights for a tablet with the name Samsung Tab Active Pro, but it is still too early to tell if the SM-T545 model is the tablet that could be launched with such a model name.

The SM-T500 model number series used to belong to the 10.1-inch series of Galaxy Tab 1 gen. to 4 gen. tablets, but has not been used by Samsung since the SM-T530 series of tablets, which was the Samsung Galaxy Tab 4 10.1. And that was 5 years ago. 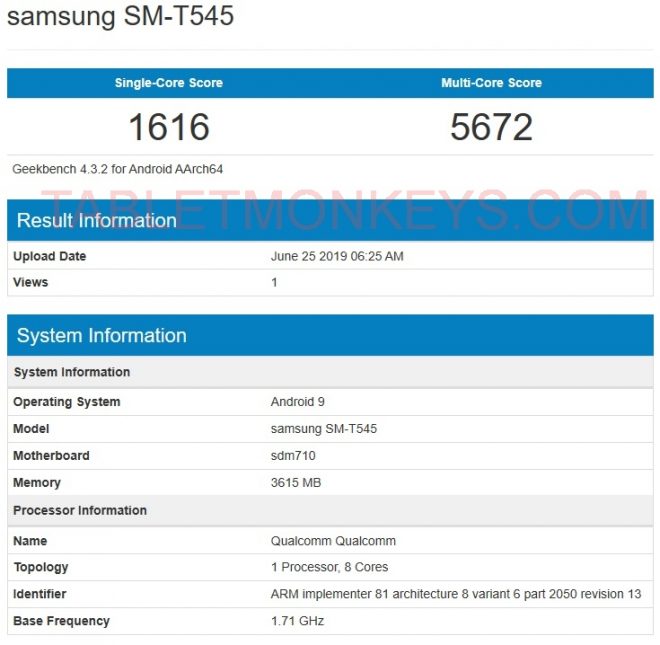