Joining the already full Google Nexus tablet rumor mill is a new tablet size this time, with the inclusion of a supposed 8.9-inch Nexus tablet, the same size as the Amazon Kindle Fire 8.9 series.

The claim has been made by none other than Digitimes, who quotes Digitimes Research in saying that it has learned that Google is going to manufacture a line of 8.9-inch Google Nexus tablets for 2014, with 2K displays. 2K means Full HD, which is what the current Nexus 7 FHD already has, so nothing insightful about that.

(UPDATE: New rumors for this tablet surfaced in June.)

Also, Google always host its annual Google I/O (Input/Output) developer conference in June, so a lot of people are drawing the natural conclusion that a new Nexus could be unveiled there, before a launch two weeks later. 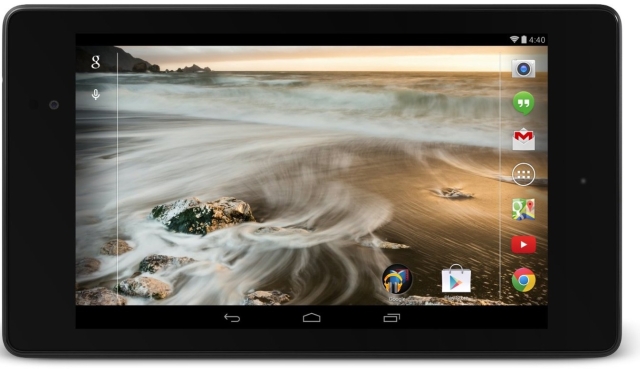 Ever since the Nexus 7 FHD was released on July 26, 2013, there’s been no shortage of rumors surrounding upcoming Google Nexus tablets, ranging from phablets to 7-inch, 8-inch, and new 10-inch tablets, none of which ever materialized. The popular rumor mill questions now are the questions of whether Asus, HTC, or LG will manufacture either one of these tablet, and additionally whether they will run Intel, Qualcomm, or Samsung processors.

Until we have a proper benchmark listing, FCC approval, model number leak, or something like that, it will all be speculations.