Depending on which one of these models customers chose, they either have a 1.3GHz MediaTek MTK 8121 processor or a 1.3GHz MTK 8382 processor, both of which are quad-core processors. Lenovo have been using MediaTek processor on their Android tablets for a while now, so they do a decent job in powering the tablets at low cost. 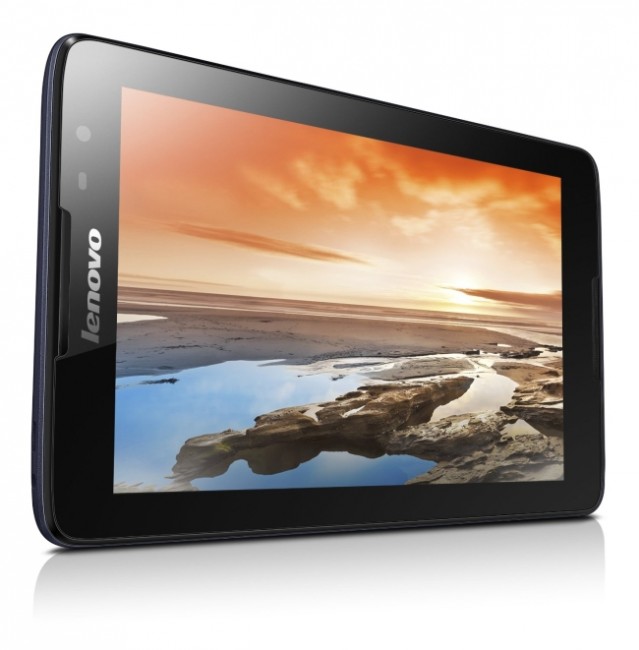 The specs are similar across the models otherwise. So for the Lenovo Tab A8 this means Android 4.2 only (pre-installed when shipping anyway), 1GB of RAM, 16GB memory, and an 8-inch IPS display with a 1280 x 800 resolution. Sensors include GPS, and the tablet also supports the latest Bluetooth 4.0.

The battery capacity is 4200mAh, which gives it an average battery life of 8 hours.
For pictures and video recording it has a 5MP rear camera and a 2MP front camera. The stereo speakers are actually Dolby Digital Plus enhanced, so that’s not bad for a budget tablet.

In the 8-inch Android budget tablet category Lenovo goes head to head against 3 other tablets that all have a MSRP of $179 and pretty much the same kind of specs with little between them. These are the Asus MeMO Pad 8, Dell Venue 8, and Acer Iconia A1-830.

The Acer A1 have a lower resolution, so I’d avoid looking at that one, but the two other tablets could be worth considering as alternatives to the Lenovo Tab A8, depending on whatever specs and features you want the most for a price of $179.