The initial supporters of the Indiegogo funding will naturally be first priority, and it will ship to them in early September. Then, those who pre-order the tablet from Jolla now, will see another batch of Jolla Tablets release at the end of October.

The current pre-order price of the Sailfish OS 2.0 Jolla Tablet is, though with 24% VAT already included, €267 for the 32GB version and €299 for the 64GB version. Jolla Tablet developer loan devices were sent out to members of the Loan Program earlier in August who are currently testing the tablet and providing feedback to Jolla on any potential bugs and fixes. It also got FCC approval earlier this month, so we understand that the tablet is just weeks away from shipping. 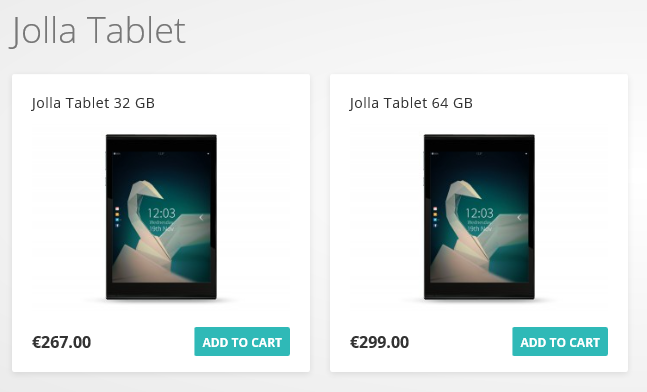 The first of the two have just recently been released and is fresh out of the bakery, while the other top-end version will be released in September, just like the Jolla Tablet will for the first crowdfunders.