Huawei itself teased 3 weeks ago that it would announce a foldable tablet phone as MWC kicks off in Barcelona, Spain on February 24.

And in preparation for the event, Huawei have been working on the stage in advance hanging up banners. And in an alleged leaked photo by Hupu user Pokertea and later reported by 9to5google, we can catch a brief glimpse of what we can expect tomorrow.

And for the first time, the name of the first Huawei folding tablet phone is revealed as Huawei Mate X.

We can see that the rumors on the design of the Huawei Mate X appears to have been accurate, and that it folds differently than the Samsung Galaxy Fold.

Now it remains to be seen if it the OLED Huawei Mate X will indeed be 8 inches wide when unfolded into tablet mode as the rumors will have us believe. 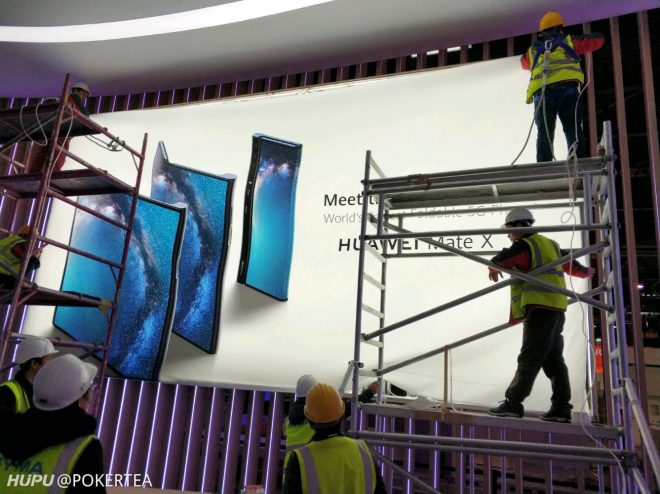