Huawei have long since confirmed that it has been working on a foldable tablet, and not only that but that it wanted to be the first mobile brand to launch a foldable tablet phone to customers.

So today Huawei announced that they will unveil new products at the important MWC 2019 in Barcelona, Spain on February 24.

If the foldable Huawei tablet phone will be presented at MWC, what do we know about it? Annoyingly little have been leaked about it, and nothing can really be gleaned from looking at the picture Huawei made public today either. 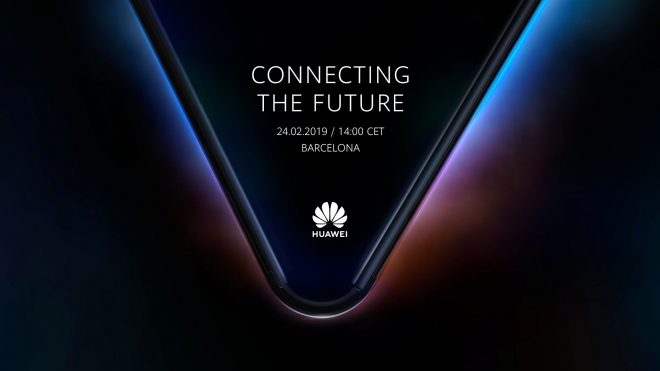 Back in October 2017, Richard Yu of Huawei said that Huawei was working on a prototype where there was no gap between the screens, and with very narrow bezels, if any at all.

Then in May 2018 the latest reports said the folding Huawei tablet phone was 8 inches large when folded out, and that the OLED display was supplied by BOE.

Then in August it was believed that Huawei’s foldable would feature 5G as well, which will drag up the price even further.

But at least we should be only 3 weeks away from learning all about it, although Samsung may still beat it by just a few days with their own foldable.