The new 2-in-1 Windows 10 tablet Toshiba Satellite Click 10 (LX0W-C64) that we first discovered in May, is now headed for a release around August 14. The launch price is $369:
http://www.amazon.com/Toshiba-Satellite-LX0W-C64-Detachable-Touchscreen/

Toshiba have yet to actually announce this tablet with detachable keyboard, but we now have more specs than the ones we had when we first wrote about the Toshiba Satellite Click 10 two months ago. 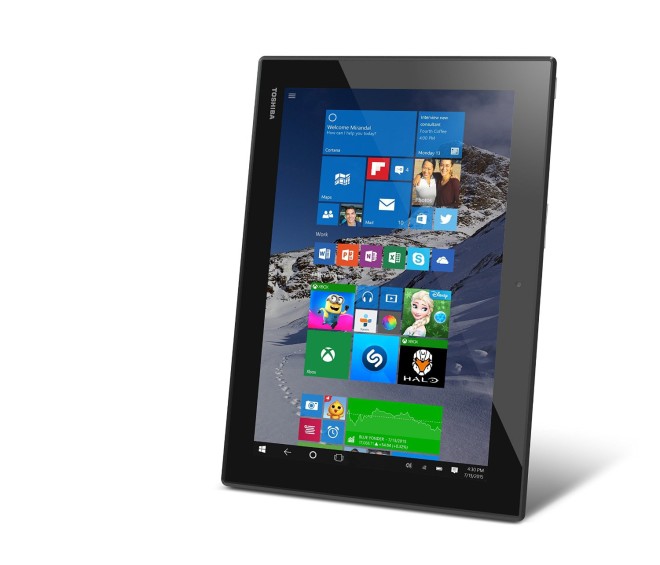 The processor is the 1.6 GHz Intel Atom x5-Z8300 processor, with 2GB of RAM on the cheapest model. It otherwise has 64GB storage, plus SD and microSD card reader.

Wi-Fi support is for dual-band 802.11 a/b/g/n, while it has Bluetooth 4.1. For capturing images and video it has a 2MP front camera and a 8MP rear camera. It has stereo speakers on the sides.

Other specs include a micro-USB 2.0 port, with two USB 2.0 ports on the keyboard, a micro-HDMI port, a 3.5mm audio combo jack, gyroscope, accelerometer, and a 8 hour battery life.

This tablet is up against heavy hitters like the Microsoft Surface 3 which is already on the market, and when the Toshiba Satellite Click 10 have been released, it will also be up against Asus Transformer Book T100HA, and the Acer Aspire Switch 10 (SW5-015). 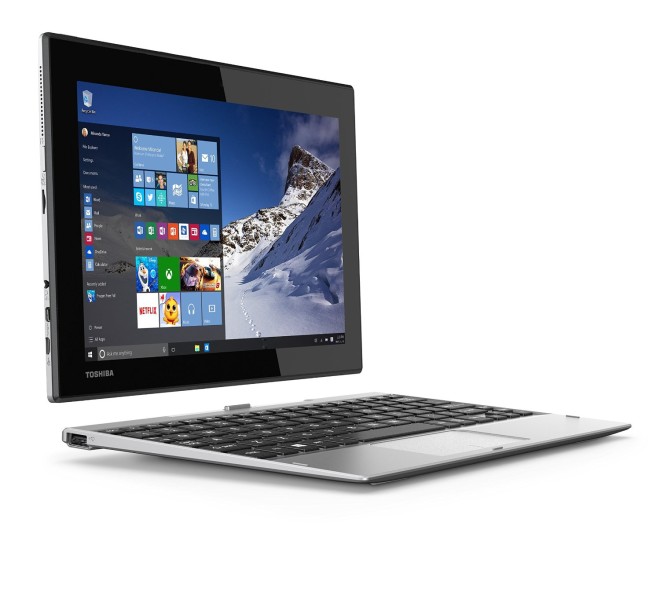 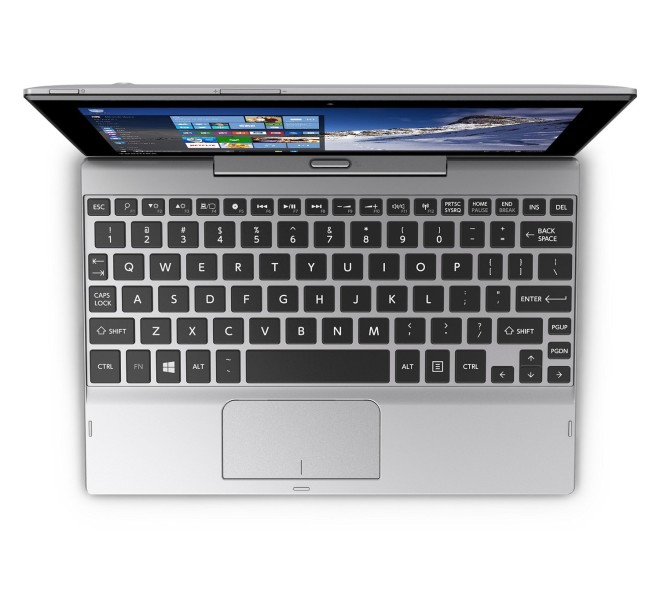