The fresh new Microsoft Surface 3 was unveiled today and is available for pre-order too before it is released in a couple of weeks, with the release date set to May 5 for the Wi-Fi models, and June 26 for the 4G LTE models: http://www.amazon.com/Microsoft-Surface-Tablet-10-8

Microsoft Surface 3 is a 10.8-inch Full HD Windows 10 tablet with built in kickstand, and is significantly lighter than the previous models, at 622 grams or 1.37 pounds. The 10.8-inch ClearType screen is of very high quality and has a resolution of 1920 x 1280 with a 3:2 aspect ratio (same screen ratio as Surface Pro 3), 10 point multi-touch, and digitizer support with specific support for the Surface Pen digitizer in particular. This is a clear and color accurate screen, coming from the same team that won an award for making the world’s best tablet screen last year.

It is also thinner than all the other Surface tablets, with a thickness of 8.7 mm. Surface 3 is also the first tablet that will be powered by the 64-bit quad-core 14 nm 1.6 to 2.4 GHz Intel Atom x7-Z8700 processor. This is then coupled with choices of 2GB or 4GB of LP-DDR3 RAM (1600 MHz), depending on the storage option you order it with, which are either 64GB or 128GB of storage with microSD card support up to 128GB. 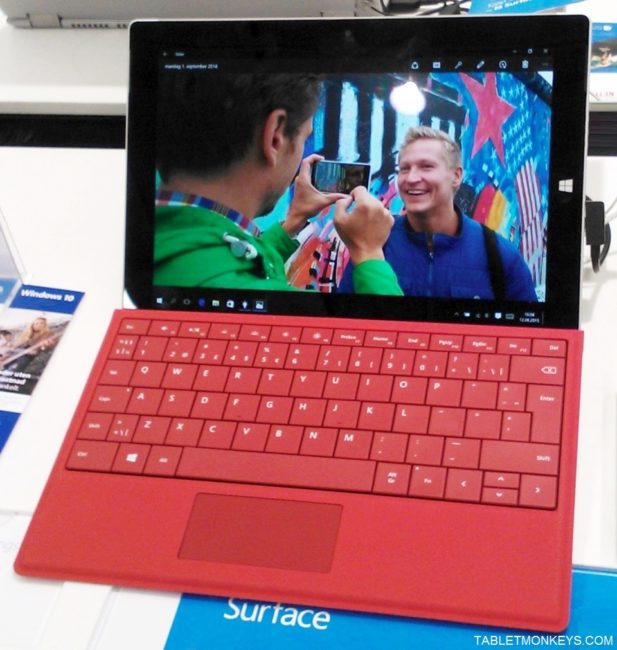 There’s a 3.5MP front camera while there’s a 8MP rear camera with autofocus, and they can both record 1080p video. It has stereo speakers with Dolby Audio technology, and a built in mic. Sensors are ambient light sensor, a proximity sensor, accelerometer, gyroscope, and magnetometer. It has a 10 hour long battery life, so nothing to complain about there either.

A full size USB 3.0 port is on board this new tablet too, which is rare on a tablet, so that’s fantastic. Other ports counts a Mini DisplayPort, a micro-USB charging port, a headset jack, and a cover port.

Wi-Fi connectivity is good too with complete dual-band 802.11 a/b/g/n/ac Wi-Fi support, as well as Bluetooth 4.0. 4G LTE is optional and that option will become available later this year. 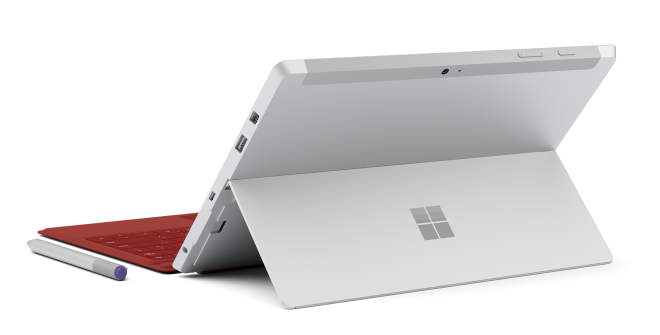 Surface 3 rear with kickstand out

Surface 3 accessories includes Type Cover keyboard, the Surface docking station which adds lot’s of ports as well as charger and 4K video support and another great stand for the tablet, Surface 3 Screen Protector, and the aforementioned Surface Pen. Though you can also buy a mouse and all kinds of other accessories too of course.

Microsoft Surface 3 is one of the most useful tablets today, and it offers the functionality of the Surface Pro 3 for a much lower price. So this tablet ought to become an instant hit among students and people in the fields of productivity and creativity. Considering the combination of the ability to make annotations directly onto the screen and save them to various file-types, the relative low cost, and the great reliability of Microsoft tablets, this is the best tablet for students in my opinion. 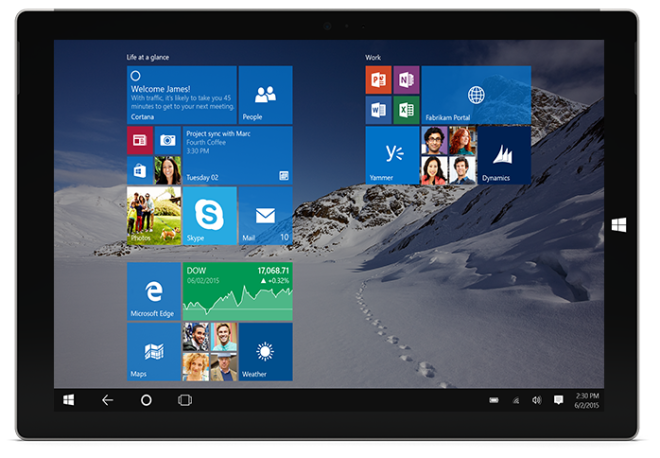 Microsoft Surface 3 with Windows 10 from July 29

Surface 3 tablet and 2-in-1 laptop 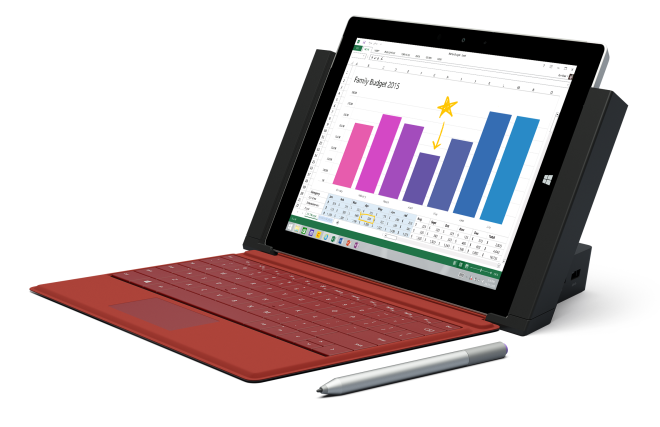 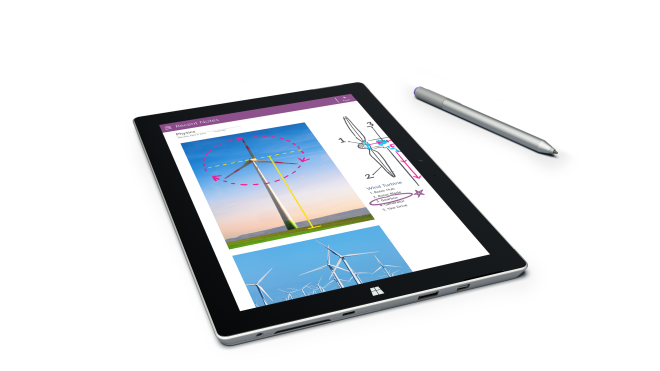 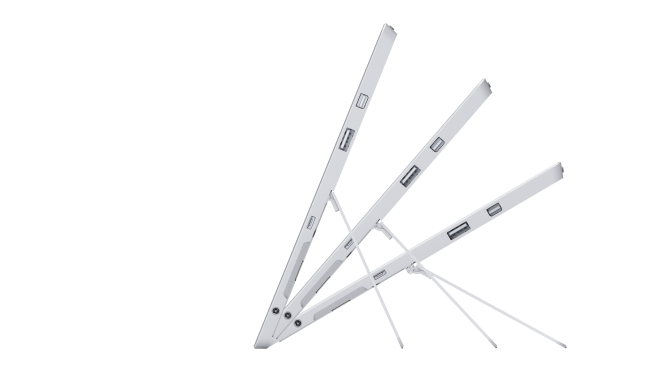 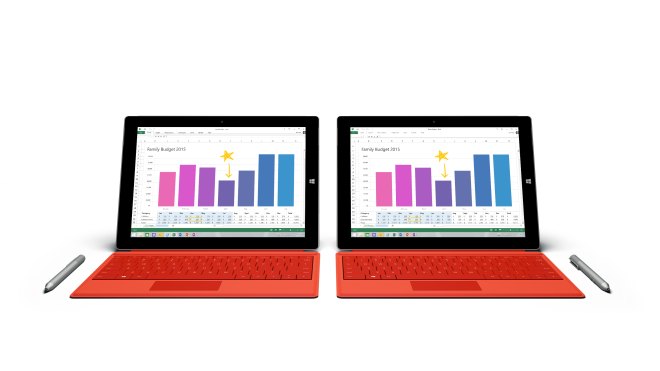 Two Microsoft Surface 3 side by side 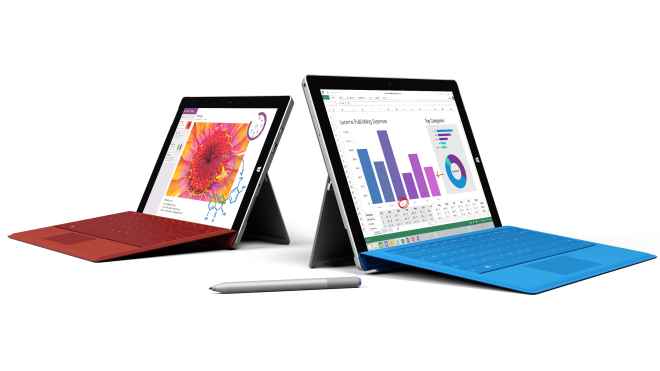 Surface 3 in red and Surface Pro 3 in blue 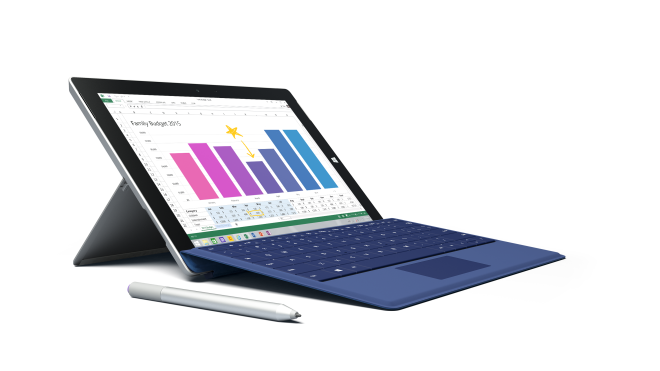 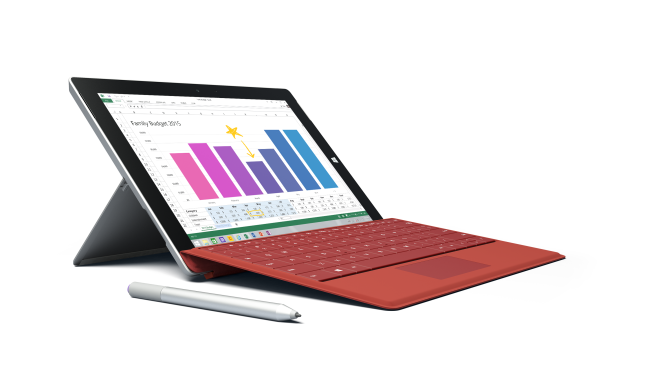 Surface 3 with keyboard and digitizer pen 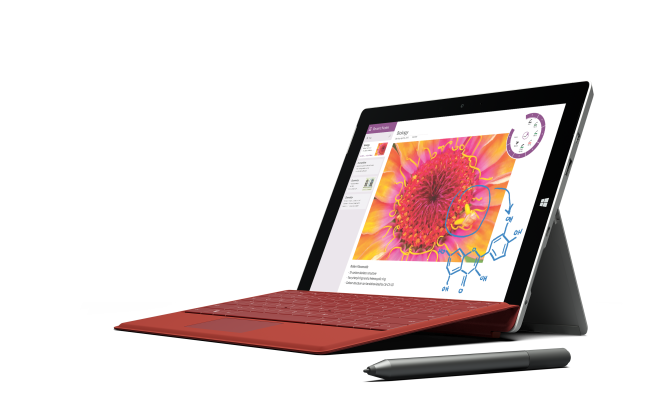 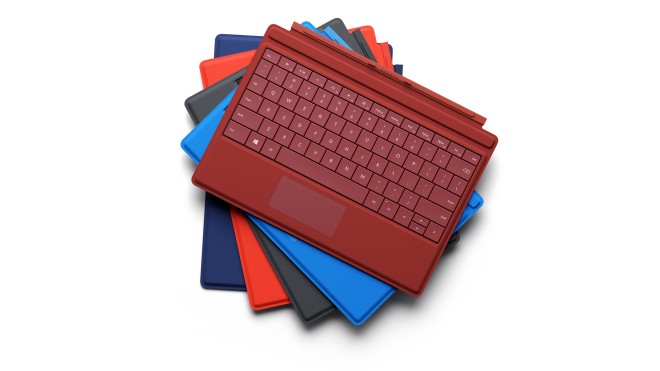 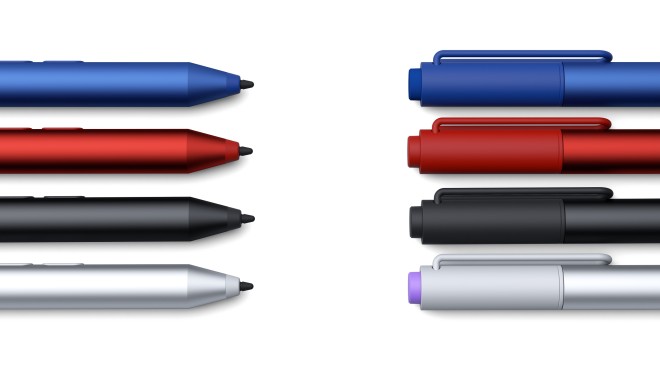