Toshiba Encore 10 is a 10.1-inch stand-alone tablet, while the Toshiba Encore 10K is a 2-in-1 tablet with keyboard dock. These two tablets have Full HD screen, options of either Windows 10 or Windows 10 Pro, and a launch price of $299 and $479 respectively, with a mid-September release date.

They are made of light magnesium alloy and weigh 589 grams as tablets, and twice that with the keyboard dock. Their 10.1-inch FHD displays have IPS panels and 10-point multi-touch support. They run quad-core 1.44 GHz (with 1.84 GHz Turbo Burst) Intel Atom x5-8300 “Cherry-Trail” processors, have options of 2GB or 4GB of DDR3 RAM, and standard 64GB of SSD storage. 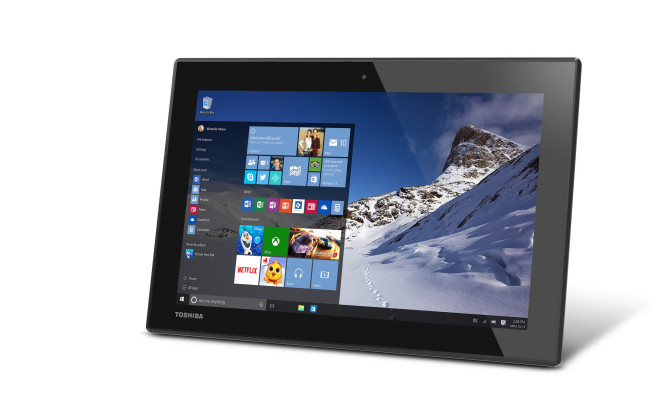 Internet connectivity comes from 802.11 a/b/g/n Wi-Fi and Bluetooth 4.0. Ports include micro-HDMI, micro-USB 2.0 (on the tablet), and a microSD card slot. The keyboard dock also has a full-size USB 3.0 port on each side. The cameras take pictures and video at 2MP on the front, and 8MP on the rear.

If you feel a little confused by the names that Toshiba gave these two tablets, then you are not alone. Toshiba already launched the Toshiba Encore 2 10 in July last year, so Toshiba’s practice of counting backwards with a new model definitely confused me.

Toshiba also used the opportunity to announce their first Windows 10 laptop today too with the Toshiba Tecra A50 (pictured at the bottom), a 15.6-inch Windows 10 laptop computer with choice of Intel Core i5 or i7 processor. The Tecra A50 will launch in August from $729. 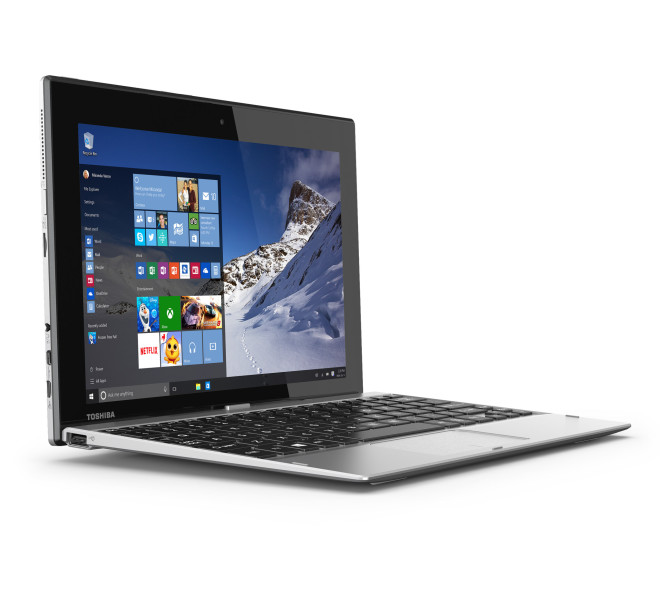 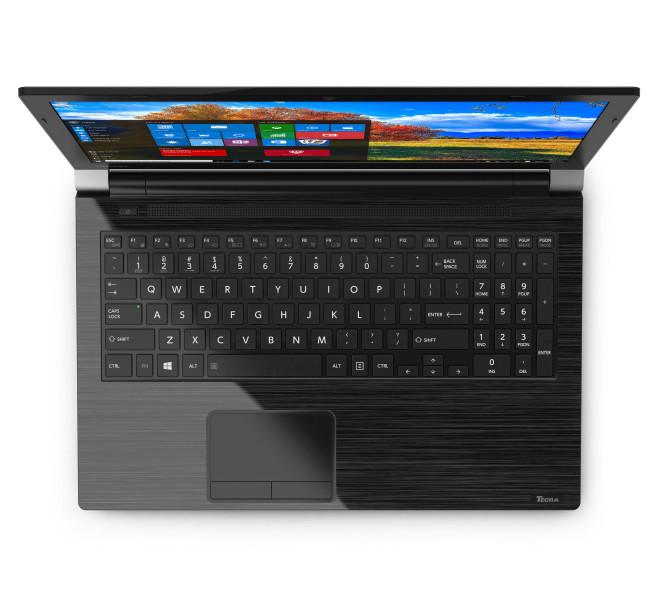