What’s new about the Japanese launch however, is the sight of a Bluetooth keyboard that looks pretty nice, almost like one of the many Bluetooth keyboards Samsung have made for their tablets. Although this one have an origami-style stand built in as well.

We don’t know the price of Toshiba’s keyboard yet, but are looking forward to a closer look at it. 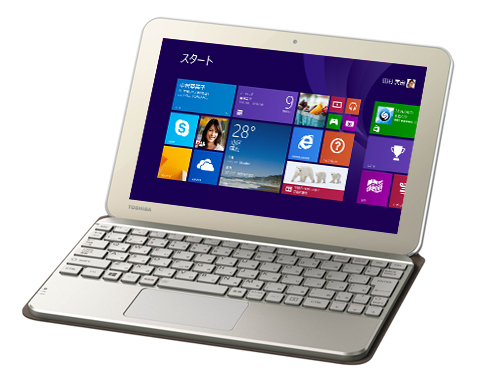