Toshiba Encore 2 8 was officially announced by Toshiba today, which confirmed our leak about this tablet from last week.

The Toshiba Encore 2 8 is the second generation of the Windows 8.1 tablet Toshiba Encore that was launched in November 2013. Most eye catching is the $199 price, which is the same price that the current Toshiba Encore have been cut to, down from $329 at launch. So as we have said before, the first Windows 8 tablet to crawl under the $200 mark.

The resolution of the 8-inch screen is the same 1280×800 resolution IPS display that the first generation Toshiba Encore have. As for processor, Toshiba have opted for a new quad-core 1.33GHz Intel Atom Z3735F processor. The entry $199 model only have 1GB of DDR3L (1333) RAM though.

Toshiba claims that the battery life is up to 10 hours long, which would be better than on the predecessor. It doesn’t seem to retain the inclusion of a HDMI (micro) port which was the one incentive that got many people to chose the Toshiba Encore tablet over the competitors Lenovo Miix 2 and Dell Venue 8 Pro. 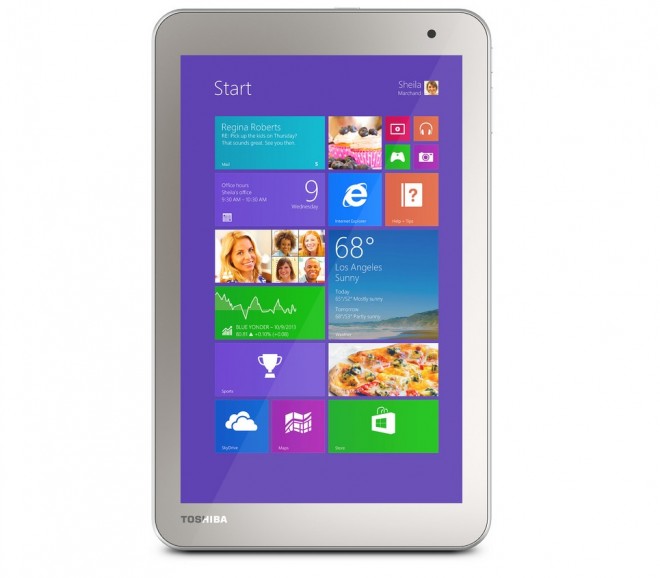 As you can see from the images, it has a peculiar grey metallic color which appear almost white with the light coming in from some angles, but Toshiba calls the color finish of the bezel Satin Gold matte. The tablet itself is a little slimmer than before, and have a kind of Samsung/Apple elegance over it that is most welcome.

Wi-Fi supports 802.11n at least, in addition to Bluetooth 4.0. The operating system is the subsidised Windows 8.1 with Bing, which also have the connected standby feature that checks email and stays updated even in sleep mode. Included apps are Xbox Music/Video, Kindle Reader, Skype, 1 year Office 365 subscription.

The Toshiba Encore 2 8 will be released in July with a price of $199.99. But considering that the 1st generation Toshiba Encore have more RAM and a more capable processor yet is priced the same now, it doesn’t make much sense to wait for the second generation model of it. 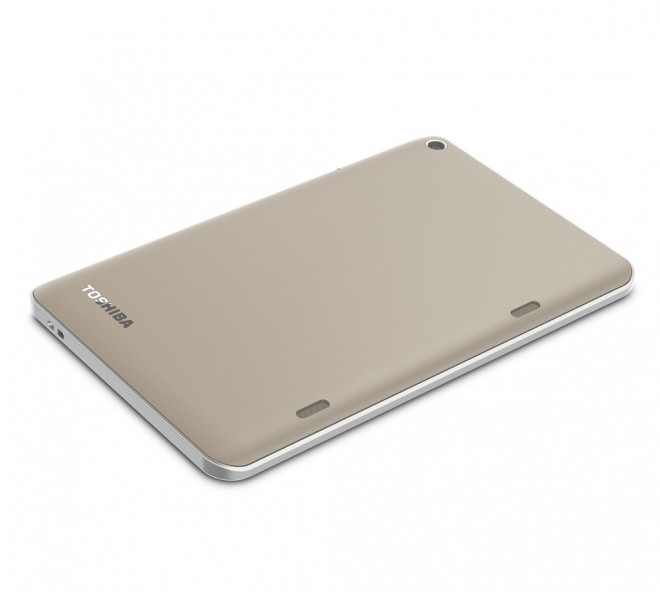 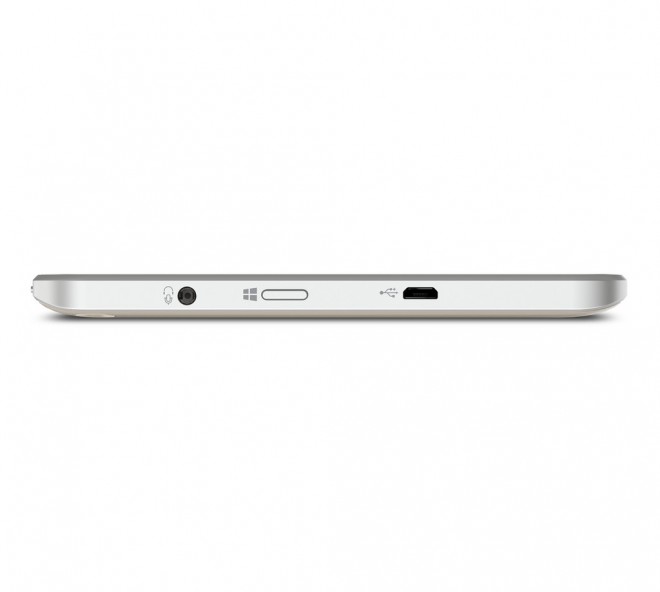