The 12-inch Windows 10 tablet that was teased by Microsoft at IFA one month ago was officially announced at the joint Toshiba and Microsoft Windows 10 device event in Tokyo, Japan today, where the model is launched under the name Toshiba Dynapad N72:
http://www.microsoftstore.com/store/msusa/en_US/pdp/Toshiba-dynaPad-WT12PE

Toshiba Dynapad N72 will be launched in Japan in the middle of December but won’t reach North America and Europe before 2016. The price in Japan is from 115 000 Yen and up, which is a lot for a tablet with an Intel Atom processor. 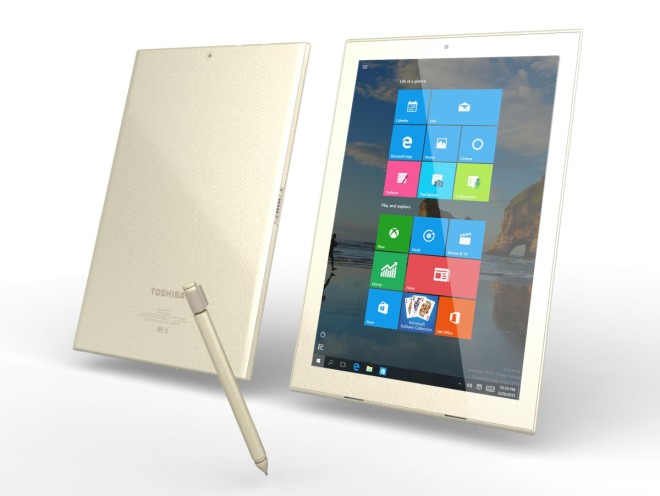 The keyboard dock is optional and is called DynaPad S92 in Japan, so it’s not necessarily a 2-in-1.

If the price goes down a lot before a US launch, this could be an interesting tablet. So we’ll cover it again next year when it is closer to launching in the US, and when all the country specific details are in. 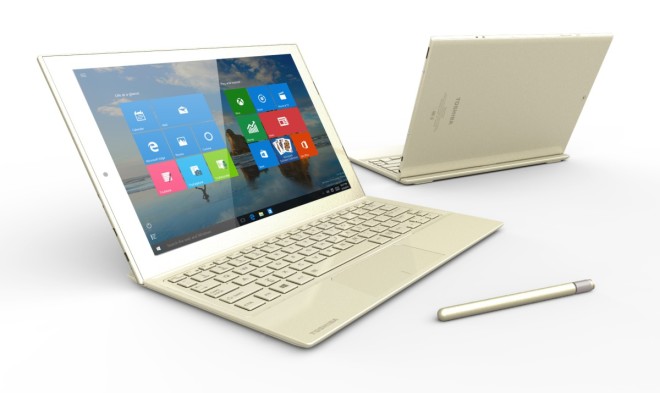