at the same price.

The hardware specs are near identical in these Windows 8.1 tablets, which means active Wacom digitizer support and a very long 11.1 hour battery life. We need more tablets with Wacom digitizer supporting displays, because in the 10-inch Windows 8.1 tablet category that’s currently limited to just the Microsoft Surface Pro 2 and the Samsung Ativ Tab 3. 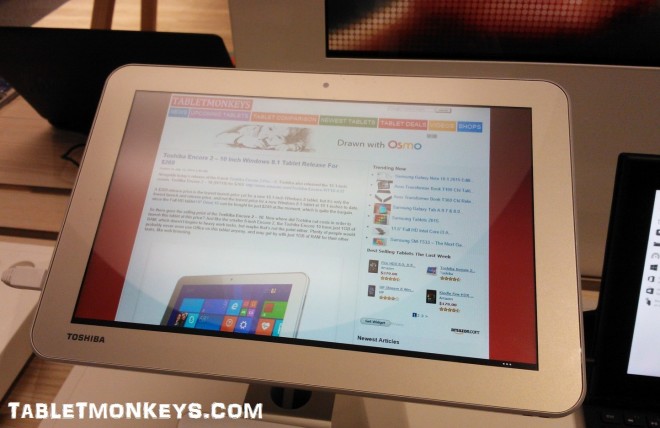 It runs Windows 8.1 with Bing, and comes with a one year subscription to Office 365 Personal.

The Toshiba TruePen WACOM Active Capacitive Pen resembles that of the Surface Pro 3 pen in size, which means that it’s too large to fint inside of the tablet. So Toshiba made the clip of the pen attach to the right side of the tablet instead. I think this is a better solution than that of Samsung’s Note devices, that have integrated digitizers, but very thin ones. The digitizer from Toshiba is full-sized, and that makes itso much more comfortable and user friendly.

Internet connectivity comes from 802.11 a/g/n Wi-Fi and Bluetooth 4.0. The sensors inside are digital compass, GPS, gyroscope, and a 3-axis accelerometer.

On the back of the tablet there’s a 8MP rear camera, while on the front there is a 1.2MP camera, and the stereo speakers are still enhanced by Dolby Digital Plus audio technology. This tablet even has internal stereo microphones.

Ports on Toshiba Encore 2 Write 10 in addition to the microSD card slot, include a micro-USB 2.0 port, a micro-HDMI port, and a 3.5mm audio combo jack. The tablet itself 9mm thick and weighs 555 gram.

The color of the Encore 2 Write is matte satin gold finish, which in my opinion makes it the most beautiful tablet out there, and it definitely adds a touch of style and class. 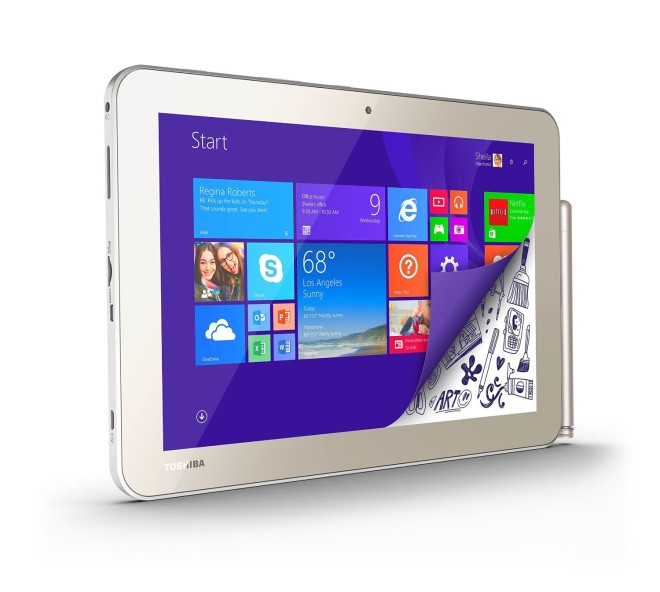 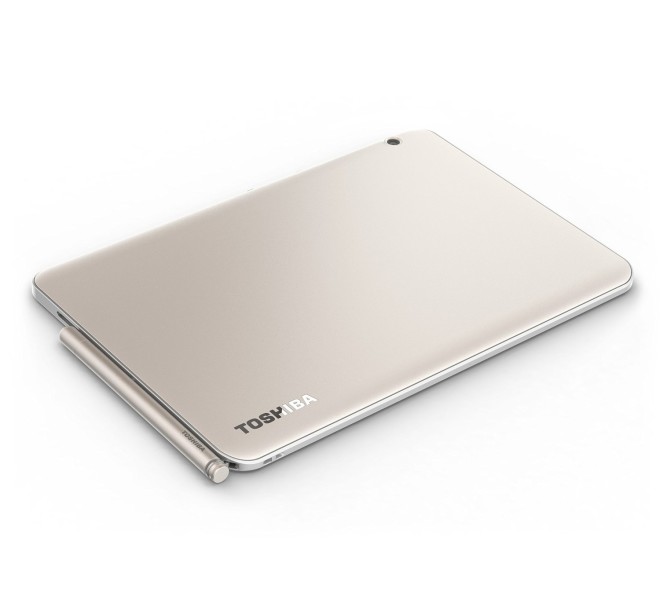 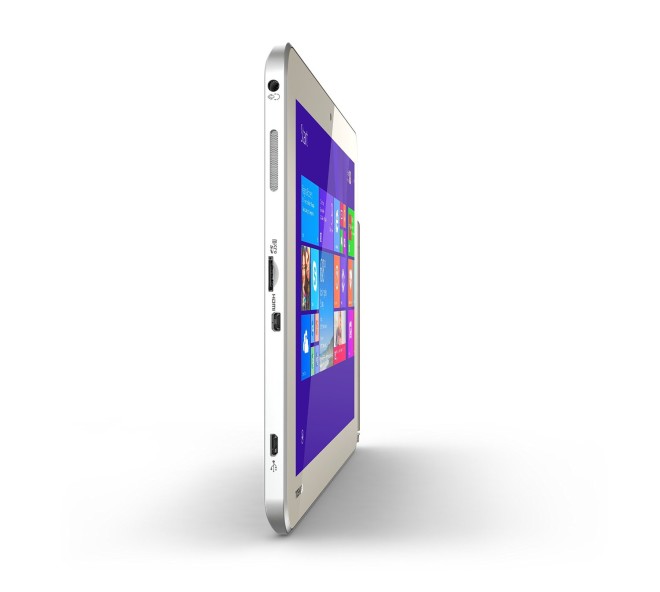 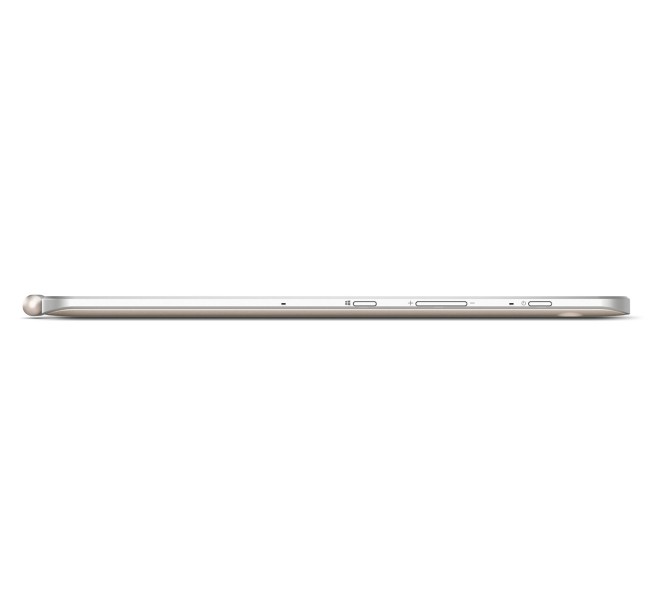 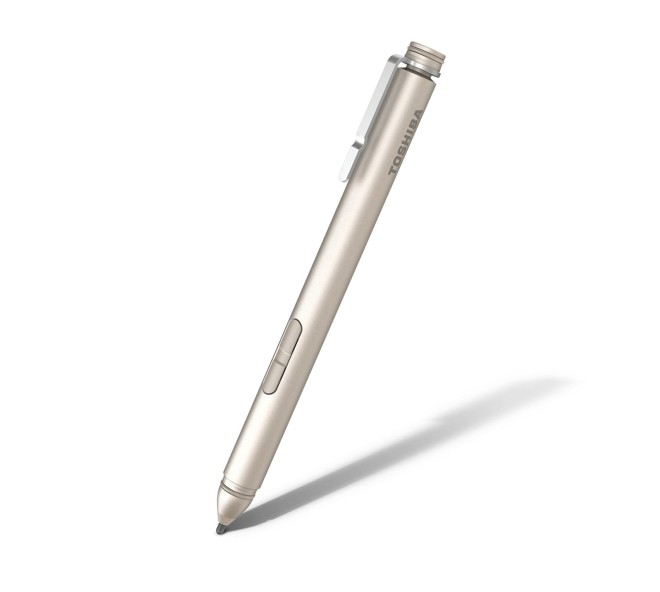 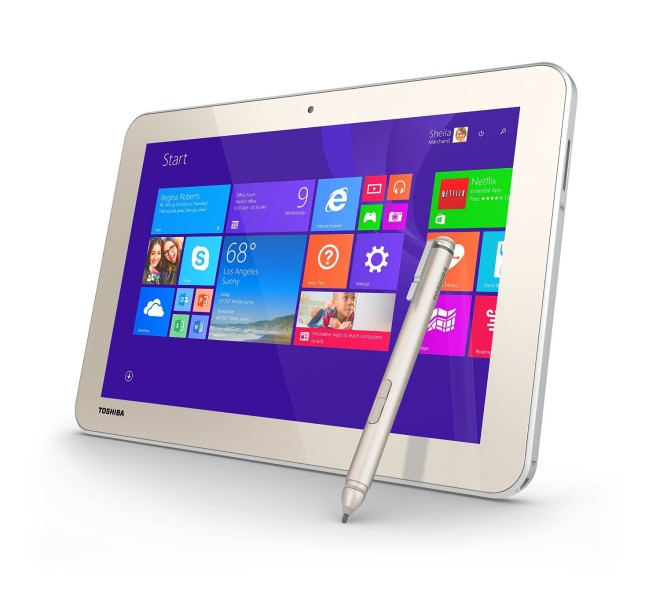 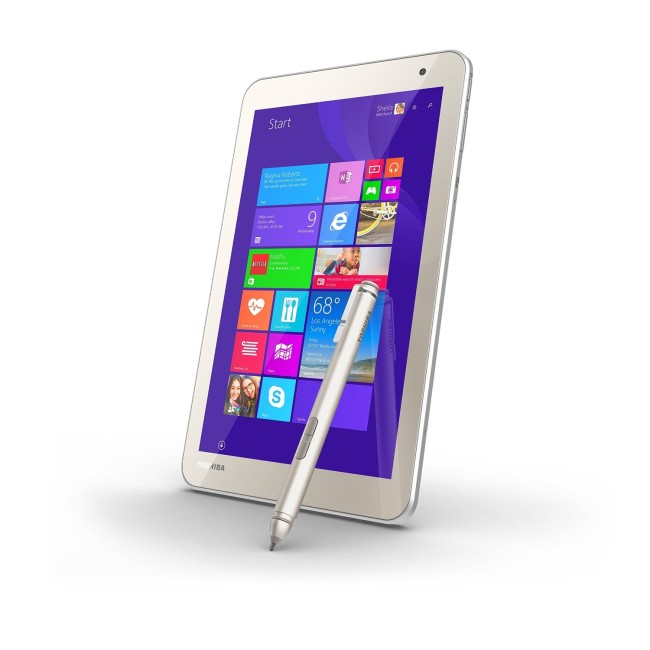