Google talked a little about the new features it is bringing to Android tablets with Android 12L today, the Android OS for larger screens, meaning tablets and large foldables.

Here’s what Google will be rolling out in its update for Android tablet users with a Google Account and Google Workspace in a couple of weeks.

Drag and drop of images and text from one app into a document or spreadsheet is introduced. Drag and drop is also supported in and out of Google Drive, so split screen view is now becoming even more useful. 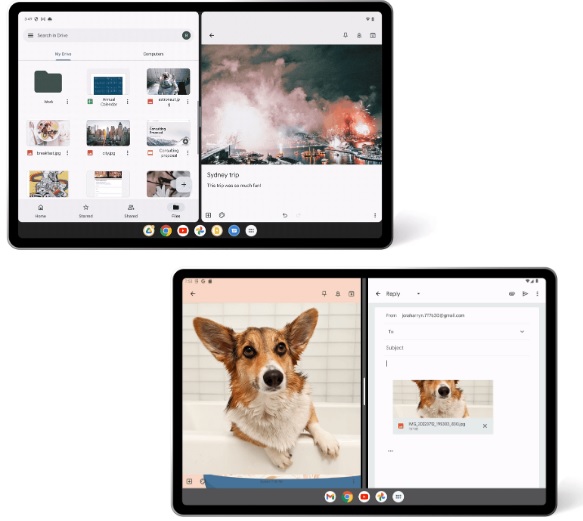 Using two windows simultaneously is also useful for viewing the list of content from Google Drive in one window, and now viewing the file itself or the specifics for it in the other window.

New keyboard shortcuts from Android to navigate around Google Drive is also coming with support for the following functions: select, cut, copy, paste, undo and redo.

The Android 12L features should help accelerate the popularity even further of large Android tablets such as the 14.6-inch flagship tablet Samsung Galaxy Tab S8 Ultra.

It may lead to the development of some new tablet keyboards specifically for Android tablets too.