Samsung Galaxy Tab S8 Ultra will launch on February 25, with special deals and offers for those who pre-order it ahead of launch.

Samsung has had even larger Android tablets or AIO (All-In-One) on the market before with the 17-inch and 18-inch Samsung Galaxy View tablets, but this is Samsung’s first Android tablet with a custom keyboard of this size, and the first above 12.4 inches in the prestigious S-series of tablets. 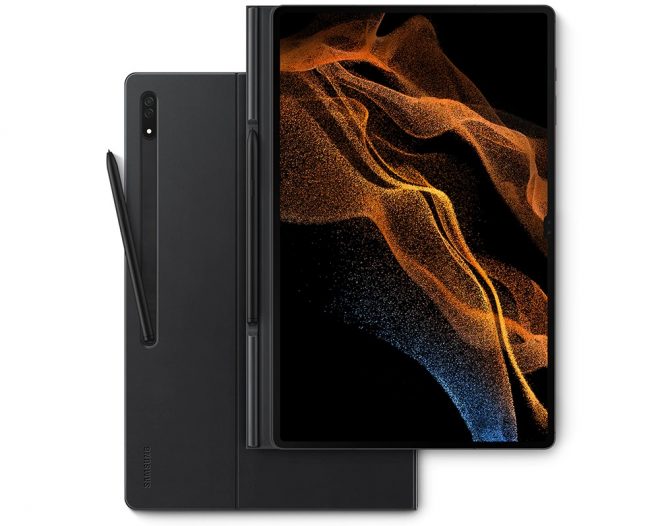 As a tablet in the Tab S8 series, it has most of the same main specs as its smaller family members, but there are also some important differences.

For starters, the 14.6-inch screen with a Super AMOLED display, a 120Hz refresh rate, and resolution of 2960 x 1848, has a notch on the screen for the cameras. Some people freak out over that while others don’t care about that at all. So you be the judge.

Powering this tablet is the powerful octa-core Qualcomm Snapdragon 8 Gen 1 processor with options of 8GB, 12GB, or 16GB of RAM, and 128GB, 256GB, or 512GB of storage with 1TB microSD card support.

Even if it is a large tablet in terms of screen size, it has very narrow bezels, so it makes the most out of its size, and is even just 5.5mm thick, which makes it one of the thinnest tablets ever produced. The weigh is 726 grams, and the only color option for the first part of the year will be dark grey (graphite).

As a tablet of this size, it will be too large for a lot of the tablet accessories on the market already, so Samsung has a protective standing cover for this tablet too, that functions as a kickstand on the back. 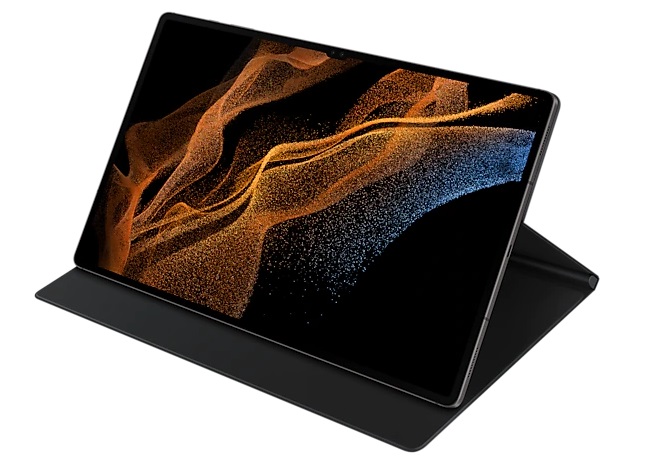