The upcoming Samsung SM-T580 / SM-T585, a possible Samsung Galaxy Tab E 10.1 / Tab A 10.1 model with Android 6.0 Marshmallow and Full HD display have been Wi-Fi certified with a few different model names for various markets around the world.

From the Samsung SM-T585 benchmark leak in March, we also got some other specs more or less confirmed.

These specifications showed that the Samsung SM-T580 (Wi-Fi) and SM-T585 (4G LTE) is a tablet with a 10.1-inch screen with 1920 x 1200 resolution, that runs Android 6.0.1 Marshmallow, has 2GB of RAM, and is powered by the 1.7 GHz octa-core Samsung Exynos 7 7870 processor with a Mali-T830 MP2 graphics processor. This octa-core processor has just recently gone into mass production. Though, it’s uncertain if the same processor will be used on both the Wi-Fi model and the 4G LTE model. 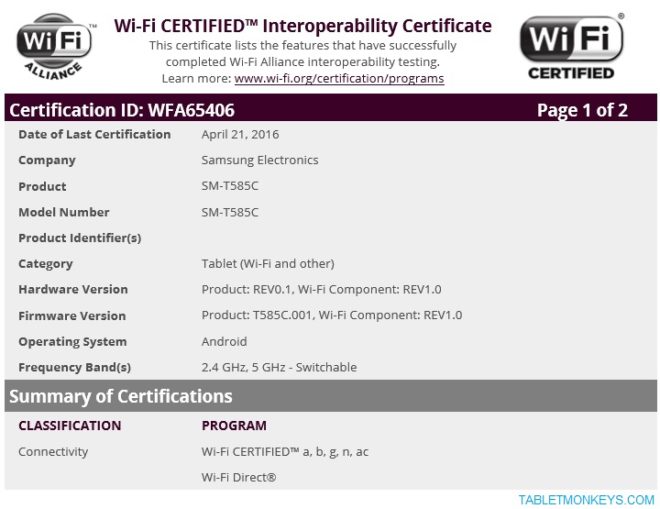 But apart from possible processor differences between the models, the other specs should be shared, such as the 2MP front camera, and the 8MP rear camera, along with the usual array of sensors.

Samsung have yet to confirm the existence of these tablets, and both the Wi-Fi model and the 4G LTE model keeps being tested and certified in various places every week. It was imported to India this week for more testing.

The cheapest 10.1-inch Full HD tablet in this category is the Lenovo Tab 2 A10-70, while the only 10.1-inch Android 6.0 tablets so far are the recently updated Sony Xperia Z4 Tablet and Sony Xperia Z2 Tablet.

But from Samsung, the smaller 9.7-inch version of Samsung Galaxy Tab S2 started getting the Android 6.0 update two days ago. 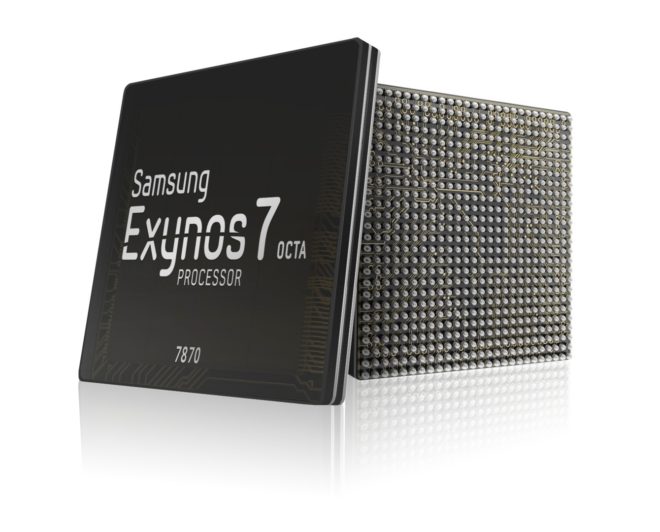