The first pictures of the Samsung Galaxy TabPRO S Windows 10 2-In-1 tablet have leaked, courtesy of Evan Blass of evleaks on Twitter.

From before we already have some of the Samsung SM-W700 specifications confirmed, like the dual-band 2.4 GHz and 5 GHz 802.11 a/b/g/n/ac Wi-Fi bands it has, and that SM-W700 is a tablet that runs Windows 10 for OS. From before, we have already reported that the first specs it was confirmed to have, were Bluetooth 4.1.

The rumored specs include a 12-inch screen with Super AMOLED 4K resolution, with possible options of 3840 × 2400 resolution, or 2560 × 1600 resolution, feature Samsung S Pen digitizer support, and be around 6.2mm thick with a weight of approximately 600 grams. The processor is expected to be a Intel Core processor. 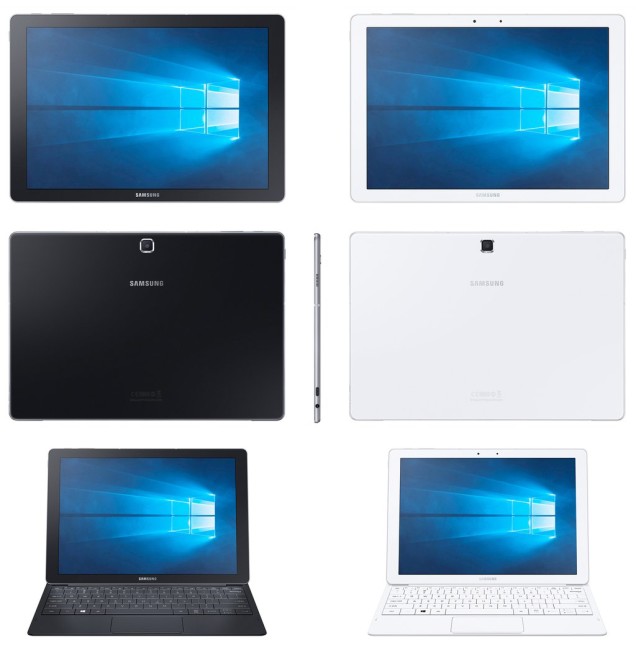 Samsung’s press conference will last for 45 minutes, and begins at 2:00 PM Las Vegas time.
You can see it LIVE below.