Samsung has finally taken the wraps of the Samsung Galaxy TabPro S at CES in Las Vegas. This is a 12-inch Windows 10 2-in-1 tablet which is light and thin, with a beautiful Super AMOLED display, and an Intel Core M3 processor: http://www.amazon.com/Samsung-Galaxy-TabPro-Tablet-Black/

The focus of the tablet is portability and mobility for Windows 10 users, so it is not meant to outdo a Surface Pro 4 with Intel Core i7 processor.

Samsung Galaxy TabPro S will launch in March around the world, from $899 in the US on March 18, and €999 in Europe. These prices are for the Windows 10 Home version, while the Windows 10 Pro version will cost $100 more. 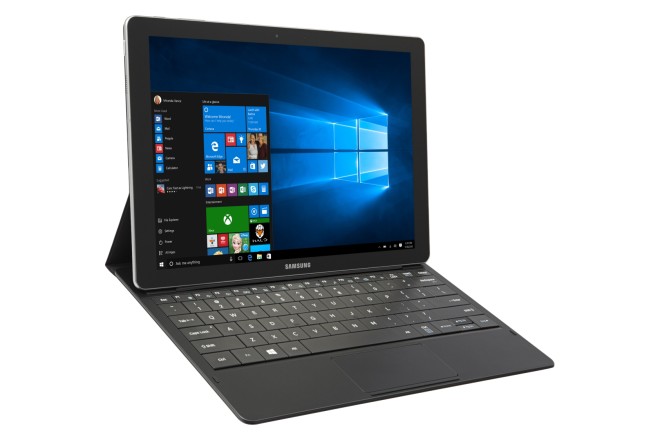 It has a beautiful Super AMOLED display, which even saves battery over regular tablet displays. The 12-inch screen has a resolution of 2160 x 1440, which is a resolution that so far only the Surface Pro 3 has had. The Super AMOLED displays of the Android version of Galaxy Tab S have been rated as having the best tablet display in the world, so we should not be surprised to potentially see the same award go to these new Galaxy Tab PRO S displays in 2016.

An additional screen feature is the digitizer support for the optional pen called Bluetooth Pen, so no S Pen this time.

Samsung will launch both 4G LTE and Wi-Fi versions of this tablet. Wi-Fi cover is complete with dual-band 802.11 a/b/g/n/ac cover and MIMO, Wi-Fi Direct, in addition to Bluetooth 4.1 and NFC for other connectivity options.

Other sensors include GPS, GLONASS, accelerometer, hall sensor, and light sensor. It has two cameras too, with a 5MP front camera and a 5MP rear camera, both of which records Full HD video.

Samsung says that the battery life of Samsung Galaxy TabPro S is 10 hours long from the 39.5Whr, 5200 mAh battery capacity. That’s a good battery life for a 12-inch tablet with such a high resolution and 4GB of RAM. Charging time is 2.5 hours.

What is certain is that the Samsung Galaxy TabPro S is now the thinnest and lightest 12-inch Windows 10 2-in-1 tablet at the start of 2016. But only marginally lighter, because while the thickness is an impressive 6.3 mm, the weight is 693 grams for the Wi-Fi model. That makes it the lightest 12-inch Windows 10 tablet on the market, but the Surface Book is actually even more impressive, with its 13.5-inch screen and weight of 726 grams.

A useful accessory is the multi-port adapter that has HDMI, and USB Type C and A ports on it. Color options for the TabPro S are black and white.

Samsung Galaxy TabPro S widens the choice in the Windows 10 2-in-1 segment. It’s not so far off the trend that Asus Transformer Book T300 Chi started last year, but with an even greater focus on mobility. Samsung knows how to put together computers, so 4GB of RAM together with Samsung’s power management works well, especially in combination with the latest Intel Core m processor. 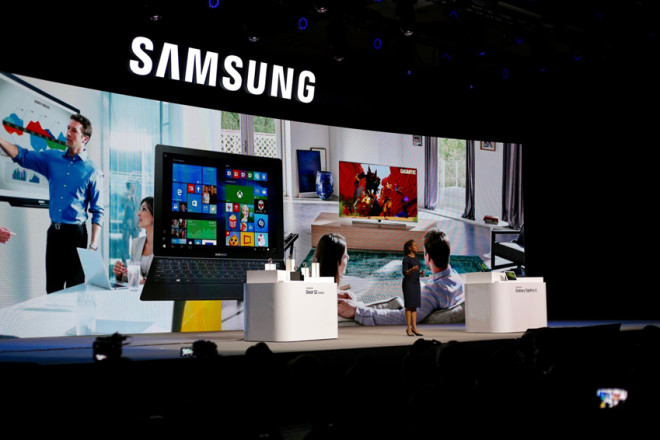 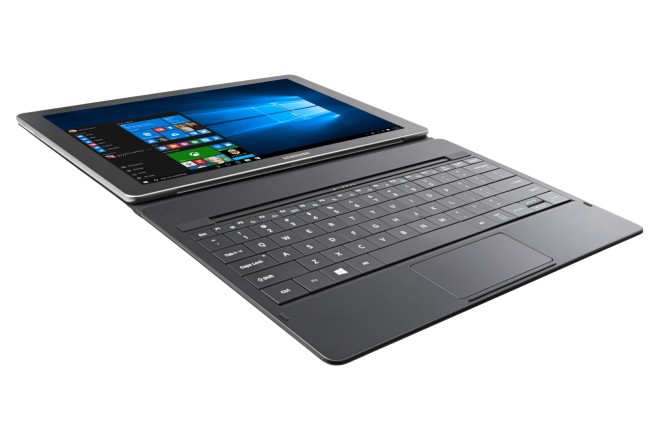 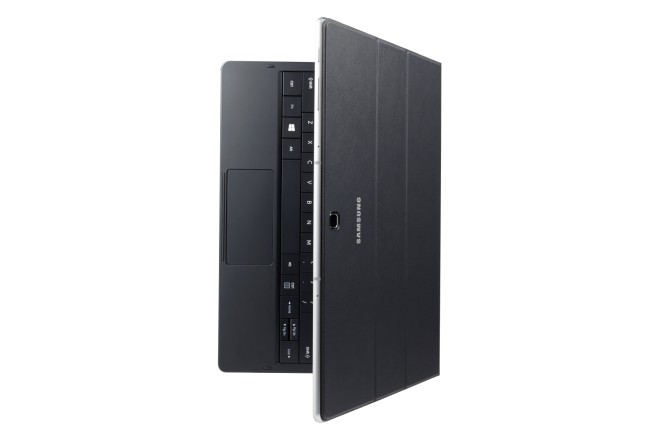 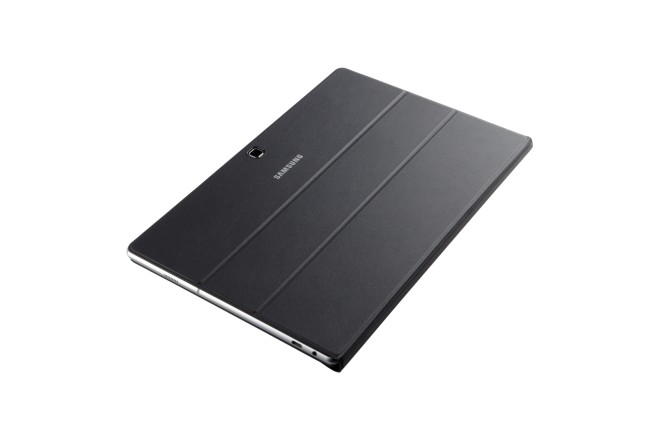 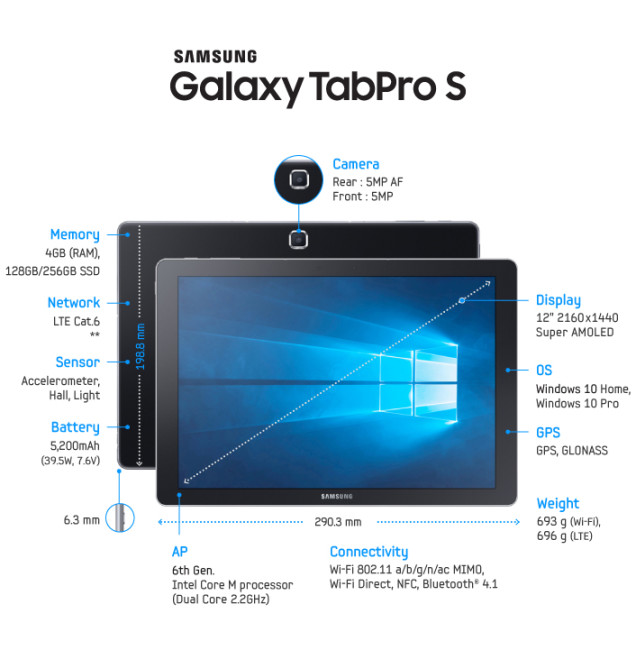