The official Wi-Fi certification organization filed the upcoming Samsung tablets with the model number Samsung SM-T976B as approved today, which makes this the first official confirmation of the existence of this tablet.

From prior leaks, it’s been theorized that the Samsung SM-T976B is the new 12.4-inch Samsung Galaxy Tab S7 Plus 5G tablet that’s destined for the European market. 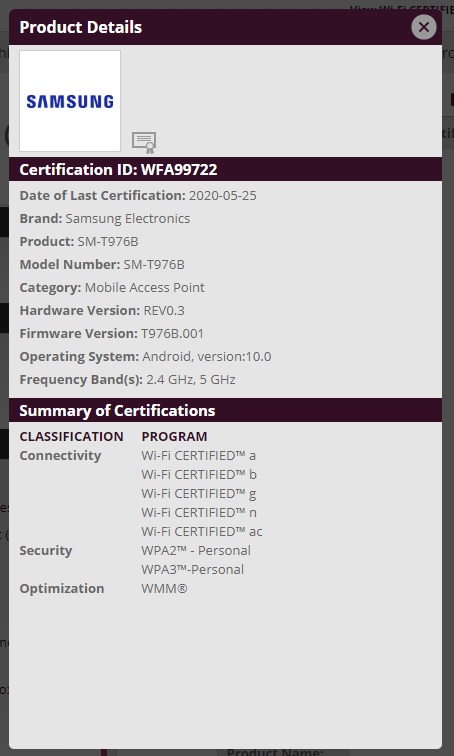 The first officially confirmed specs are a bit measly though. Sure it was certified with Android 10, but only with dual-band 802.11 a/b/g/n/ac Wi-Fi 5 and not Wi-Fi 6.

This could theoretically change before it’s actually launched though, which I have seen happen a few times before. So we’ll have to wait and see after other variants have been approved by the same organization, before we know if it will feature Wi-Fi 6 or not.

Other official specs that can be confirmed are the battery, which have been certified by Asian certification organizations as well. The Samsung Galaxy Tab S7 Plus has a 9,800 mAh battery, which can already be bought on Aliexpress.com

with the part number EB-BT975ABY. 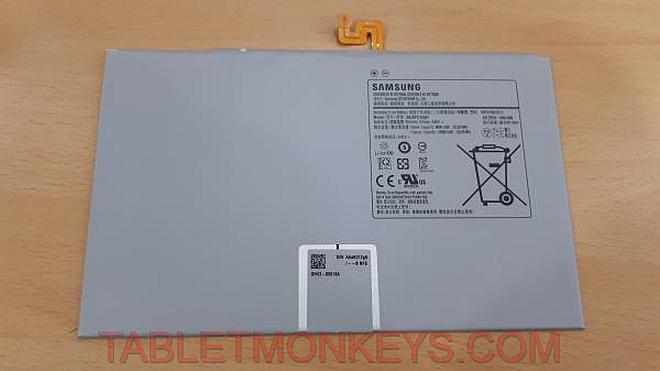