A new leak on the Samsung Galaxy Tab S7 Lite tablet that was leaked in late January has emerged from
WalkingCat.

From what appears to be another internal Samsung presentation, the Samsung Galaxy Tab S7 Lite is leaked with such specs as a 12.4-inch screen with a 2560 x 1600 resolution display, optional 5G, and Galaxy Continuity. 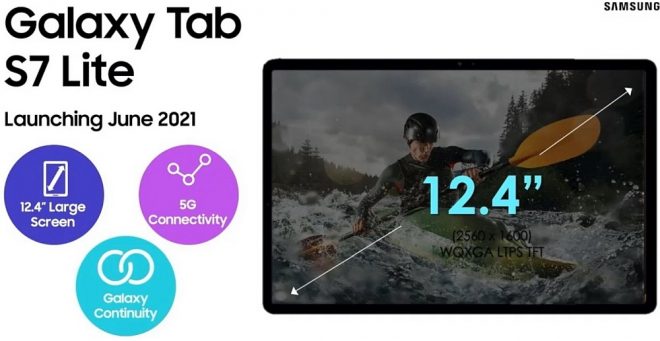 Of course, that means a slower processor and other downgraded specs. Even though the screen should still be very good.