The brand new Samsung Galaxy Tab A Plus 9.7 with S Pen has filed with FCC we’ve found out, even if that doesn’t indicate an immediate launch in the US.

The specs for all of these tablets were leaked in January already, when the S Pen tablets were said to be called Samsung Galaxy Tab A Plus 9.7 and 8.0 depending on their size.

The one we found at FCC is the Samsung Galaxy Tab A Plus 9.7 model named SM-P550. FCC papers confirms the 9.7-inch screen, and as we can see from the drawing, the S Pen digitizer from Samsung have been fitted into the top of the tablet, as marked by the slot on the top left side.

I also noticed that these tablets are said to be made in the UK for a change, and not Vietnam as is usually the case with Samsung’s tablets.

Samsung says that the their new line of Galaxy Tab A Android tablets with HD resolution will launch in Europe in April and May depending on the country. 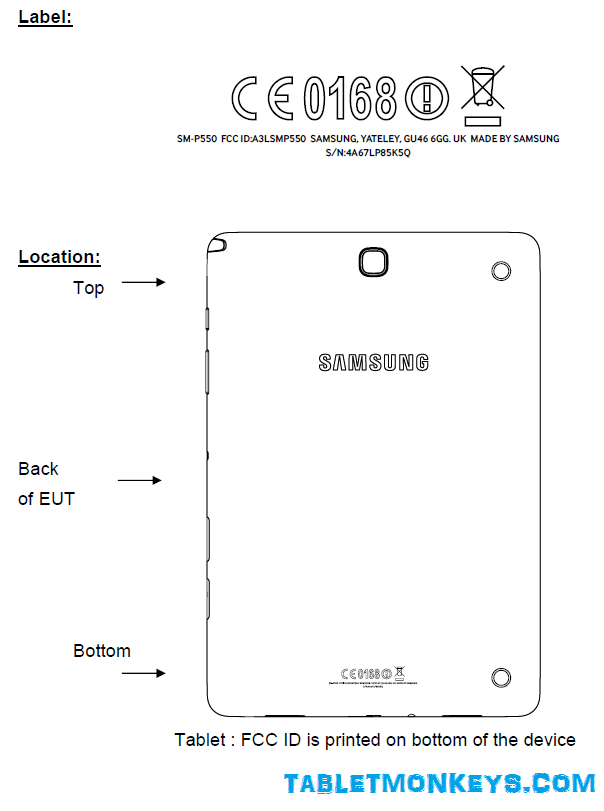