We got a question regarding the Samsung Galaxy Tab A Kids Edition that Tom mentioned in an article on the Samsung SM-T540 yesterday, so here’s what we know about Samsung’s new children’s tablet.

It is called Samsung Galaxy Tab A Kids Edition, and yes it’s an 8-inch Android 9.0 tablet with 2GB RAM. But as far as we can make out, on the inside it’s just a regular Samsung SM-T290, or said in simpler terms, a kids tablet version of the new Samsung Galaxy Tab A 8.0 (2019).

So for a children’s tablet it should actually have some pretty decent specs, like 2MP front camera and 8MP rear camera, a quad-core 2.0 GHz Qualcomm Snapdragon 429, 512GB microSD card support, stereo speakers, and a 10 hour battery life. 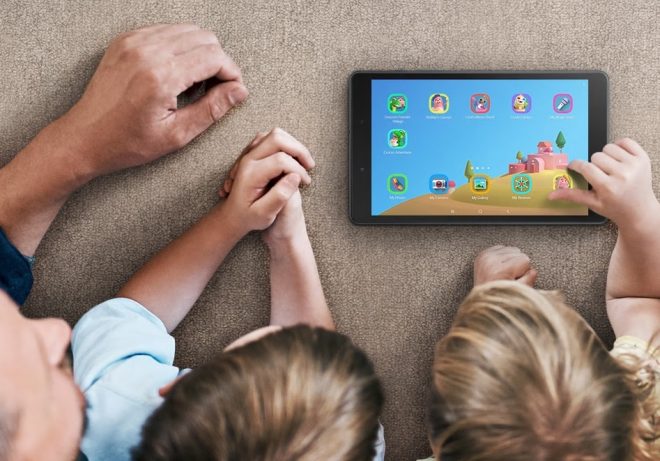 And even though the regular version comes without the bumper case for it, at least it features Samsung’s Kids Home suite of apps, features, and settings for children and parents.