Two more Samsung tablets were certified with Android 11 yesterday by the Wi-Fi Alliance, which not only makes it official but tells us that the Android 11 updates should be expected in a couple of weeks time.

The latter is the latest 10.1-inch tablet from Samsung at the moment. Samsung increased the size of the tablet in the same 10-inch range that came after it, which is the very popular Samsung Galaxy Tab A7, which also has an optional keyboard for it by Samsung. 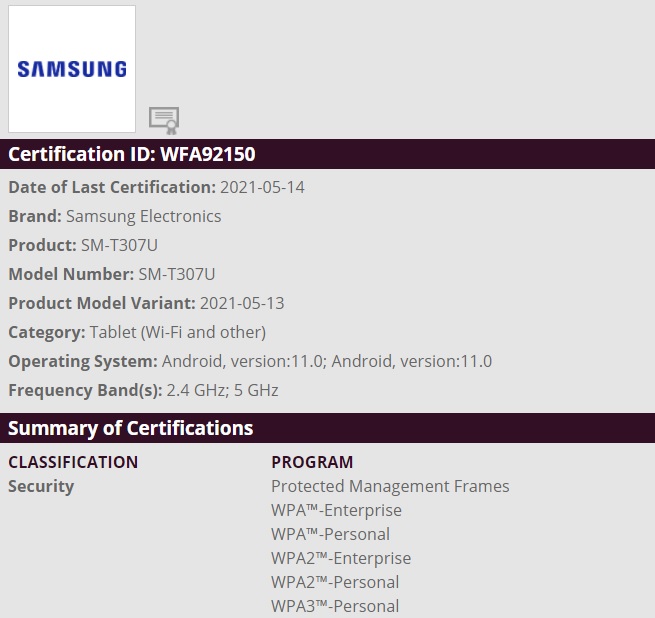