T-Mobile have opened for pre-registration for the Samsung Galaxy Tab 4 8.0 4G LTE that it will release late in July.

They are going to sell the Samsung Galaxy Tab 4 8.0 4G LTE under their Tablet Freedom plan that makes it possible for existing customers to add it to their present mobile plan without paying anything in addition for it.

T-Mobile will start taking orders in mid-July, while they will run a promotion on various caps that ends on the last day of the year. On the low end of the scale they are offering 200MB of free 4G Data “for Life.” While on the other hand the promotion begins with 1GB free as well as $10 off the 1GB, 3GB, 5GB caps.

After the promotion period, starting January 1, 2015, 1 GB will cost $20/mo; 3GB option will cost $30/mo and 5GB will cost $40/mo. So another year of expensive 4G LTE tablet use. This really is one of the main issues facing the use of tablets these days, and something someone out there should crack. 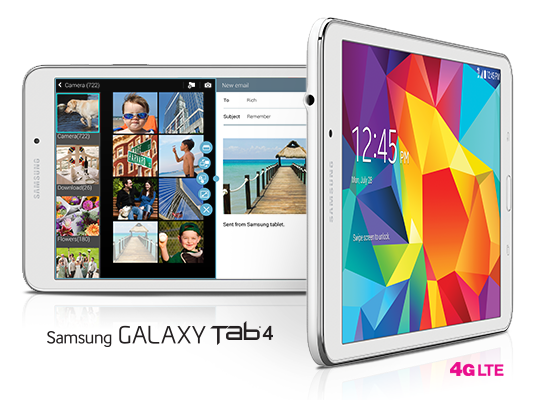