So what’s included with the NOOK in this September tablet sale is $200 worth of content such as books, magazines, or TV shows for free, in addition to a $5 bundled in starter credit from Barnes & Noble.

The specs for the Samsung Galaxy Tab 4 NOOK tablet itself are the same as on the Samsung Galaxy Tab 4 7.0, which makes for a very solid “middle ground” tablet, with good features like dual windows multitasking. Main specs include a quad-core Qualcomm processor, 1280 x 800 resolution, 1.5GB RAM, Android 4.4 KitKat, and a great 11 hour battery life. 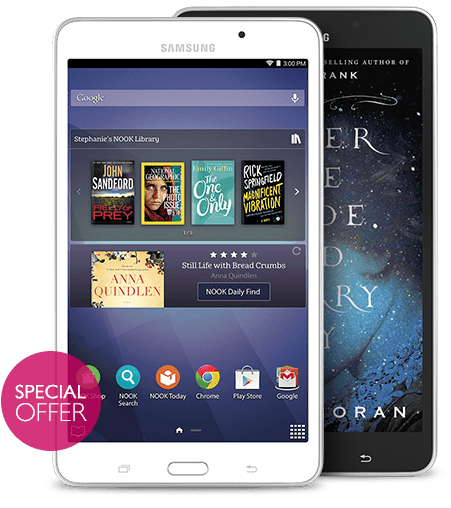