The upcoming new version of the 12-inch Windows 10 tablet Samsung Galaxy Book 12 was Bluetooth certified today, providing us with another official leak in a series of four others.

It was certified with Bluetooth 5.0, but we already knew that specification from last week’s FCC approval. Another thing is that it was certified under the name Samsung Galaxy Book 2 tied to the model number Samsung SM-W737 and SM-W738. 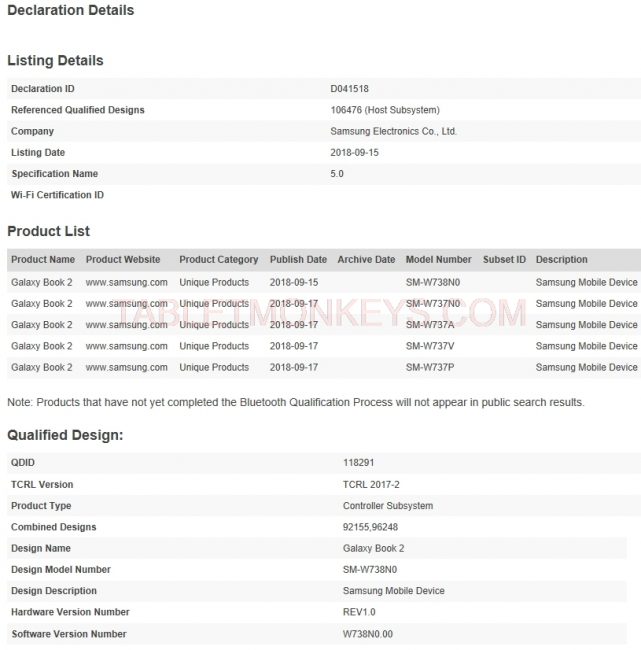 To learn more about all the confirmed specs, check out our Samsung Galaxy Book 12 article from last week with the first photo of it.

Samsung is also holding an internationally advertised event in October, which could seemingly add to the October tablet smackdown between the largest tablet brands in the world. However, Samsung’s October 11 event is not believed to be for this tablet, but instead for the rumored 4 rear camera smartphone Samsung Galaxy A9 Star Pro given the “4x the fun” teaser in their ads.

But having passed through all the necessary certification bodies alread, the new Samsung Galaxy Book 12 aka Galaxy Book 2 is at least ready for launch by now. 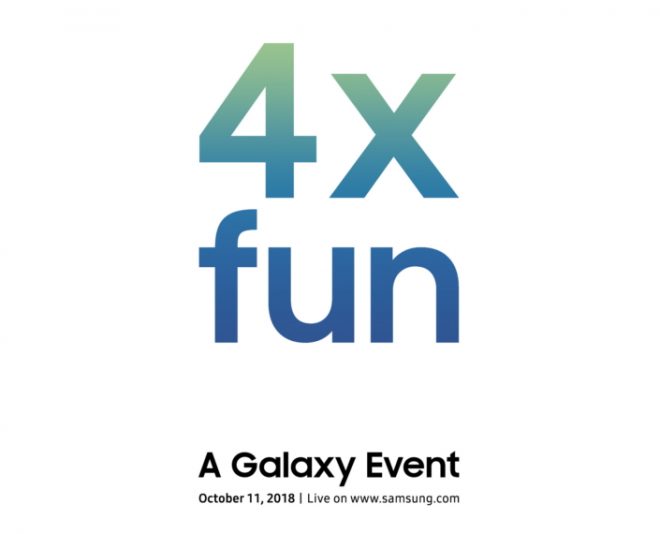