October is now lined up to become a potential convergence month in tablet launches from the largest names in the industry, as Apple, Microsoft, Google, and Amazon could all launch new tablets in October.

Microsoft
There are rumors of a new Surface Pro 2019 model showing up at Microsoft’s coming October 2 event. This is just a rumor though, but a Surface Pro 6 with a newer processor would be beneficial for Microsoft. I’ve seen the 4G LTE version of the Surface Go go through the appropriate certifications recently, so that model seems due for at least an unveiling on October 2, and hopefully a launch before Xmas. There are rumors of new color variants of the Surface Laptop as well.

The Windows 10 October update codenamed “Redstone 5” will also roll out and be showcased, and it brings with it approximately 100 changes to Windows 10.

Amazon
Amazon is the most assured October tablet launcher, as the new Fire HD 8 have already been announced. It’s just that it won’t launch before October 4.

But who’s to say that this will be the only new Amazon tablet in the last half of 2018? Amazon have already FCC approved the new Fire HD 8 with the model number L5S83A and the upcoming Fire OS 6.0, so let’s see what else shows up before then.

Google
New Chromebook 2-in-1 tablets may be unveiled at Google’s October 9 event too, where the anticipated main star have for a long time been the much leaked Pixel 3 phone.

Apple
The new 11-inch/10.5-inch and 12.9-inch iPad Pros didn’t unveil themselves during Apple’s event this week, so next up is a post-iOS 12.0 release event coming up at an as of yet unspecified time in October. By then, the large new iPhone phablets will have been released too, making sure that a 6.5-inch iPhone won’t compete too much for the money of a new iPad Pro. 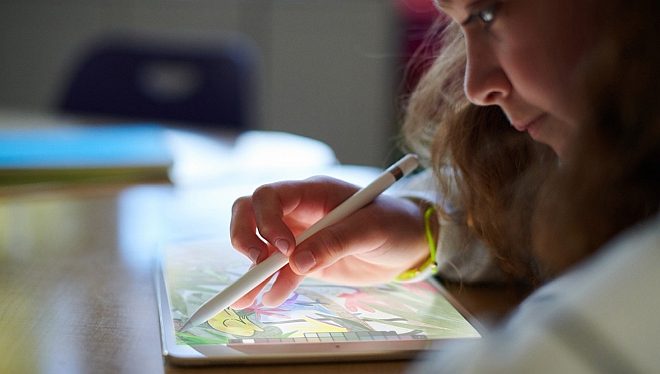