It’s time for the third leak on the upcoming new Windows 2-in-1 tablet Samsung Galaxy Book 12 II after it was officially registered as Wi-Fi certified last evening.

The curios thing is that it was officially certified with the made-for-appstore Windows 10 S, and not the regular Windows 10 Home or the Windows 10 Pro. The version of of the new Samsung Galaxy Book 12 II for the 2018-2019 model year that ran Windows 10 S, was the Samsung SM-W738NOmodel number version, the same model that we leaked the first photo of recently.

I don’t know yet if Samsung will launch all of the new Samsung Galaxy Book 12 II tablets with Windows 10 S, or if it’s just some of them. Either way it doesn’t really matter much when it comes down to it since people can upgrade/switch to Windows 10 Pro for free anyway, and who wouldn’t do that for free, since that itself is something like a $100 value.

If we follow Samsung’s model number policy, the Samsung SM-W738 should be one of the 4G LTE versions, while the Wi-Fi only models will start at SM-W730. 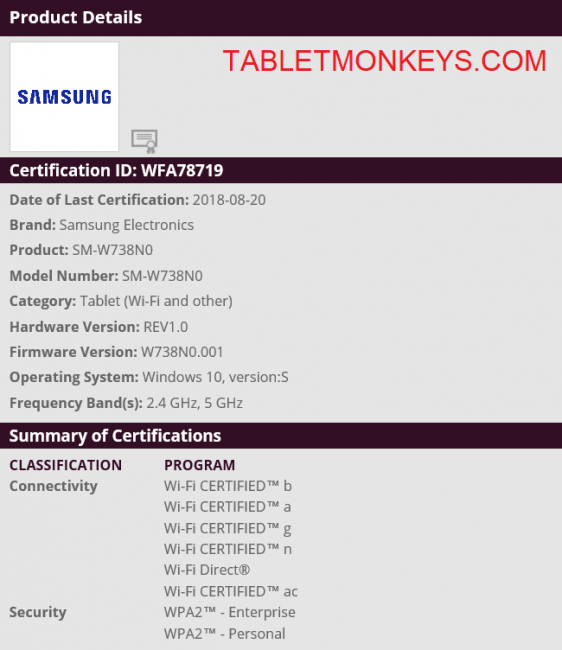