It’s been rumored ever since September last year that Xiaomi will launch Windows 10 laptops this year. One of our sources in Taiwan suggests that Xiaomi might announce these devices on July 27. 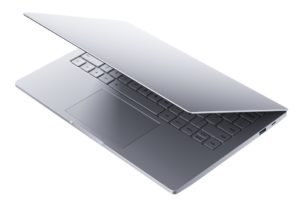 Now kkj.cn may have obtained a leaked photo of one of the upcoming Xiaomi laptops / Xiaomi ultrabooks. The logo on the cover makes the image look fake though.

And not only that, but the source of the rumor also claims that in addition to Xiaomi launching a 13.3-inch laptop, they will also launch a 12.5-inch ultrabook with Windows 10.

If there is a 12.5-inch Xiaomi ultrabook with Windows 10 in production, it might count as a 2-in-1 tablet, as the 12.5-inch tablet/2-in-1 category is very hot right now. The launch of these computers have previously been reported to be delayed, with the current expectation now being a July unveiling from Xiaomi.

The last Xiaomi tablet that was launched was the popular retina tablet Xiaomi Mi Pad 2, which is available in two different version, either with Windows or with Android.