Nokia’s first 8-inch tablet from the “new Nokia” company that exists today, started accepting orders for the Nokia T10 tablet in the US today, with a launch price of $169:
https://www.amazon.com/Nokia-Android-8-Inch-Screen-Version/

If that’s too much of a wait, then the main alternatives among 8-inch Android tablets are Samsung Galaxy Tab A7 8.7, the Lenovo Tab M8 (3rd gen), and the TCL Tab 8. 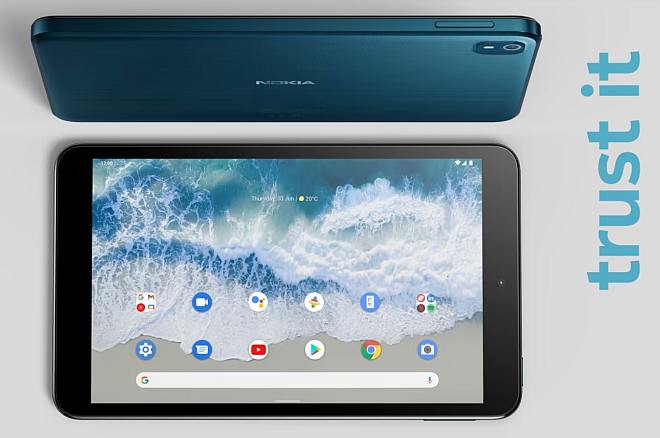 The promise from Nokia to entice people to buy their tablets has been high quality of their products in combination with two years of Android updates and three years of security updates. That sounds really good, but considering that I have yet to see any Android 12 updates on the Nokia T20 at the time of the writing, a lot of people feel like Nokia’s commitment to updates leaves a lot to be desired.

I’m sure the update will come, but it hasn’t been sent out as quickly as many owners expected it to.

But at least the Nokia T10 is launched with the Android 12 installed already. Specs are an 8-inch screen with a HD resolution of 1280 x 800, and it’s powered by the octa-core Unisoc T606 processor, with 4GB of RAM, and 64GB of storage.

The US version of the Nokia T10 has more memory and storage than what is called the international version of the T10, which only has 3GB of RAM and 32GB of storage. So that’s something to take into consideration when judging the price of it.

MicroSD card support is still 512GB for both models.

The other specs are at the level of a 2MP front camera with facial unlocking and 8MP rear camera with LED flash, stereo speakers, 10W charging support for the 5250 mAh battery with a 10 hour battery life, dual-band a/b/g/n/ac Wi-Fi 5, Bluetooth 5.0, a USB C 2.0 port, as well as a much loved 3.5mm audio combo jack.

Tablet sensors are an accelerometer, and ambient light sensor, with the addition of GPS and proximity sensors on the 4G LTE version that will launch later.

The weight is 375 grams while the thickness is 9mm. There’s only one color and that’s the Ocean Blue one. 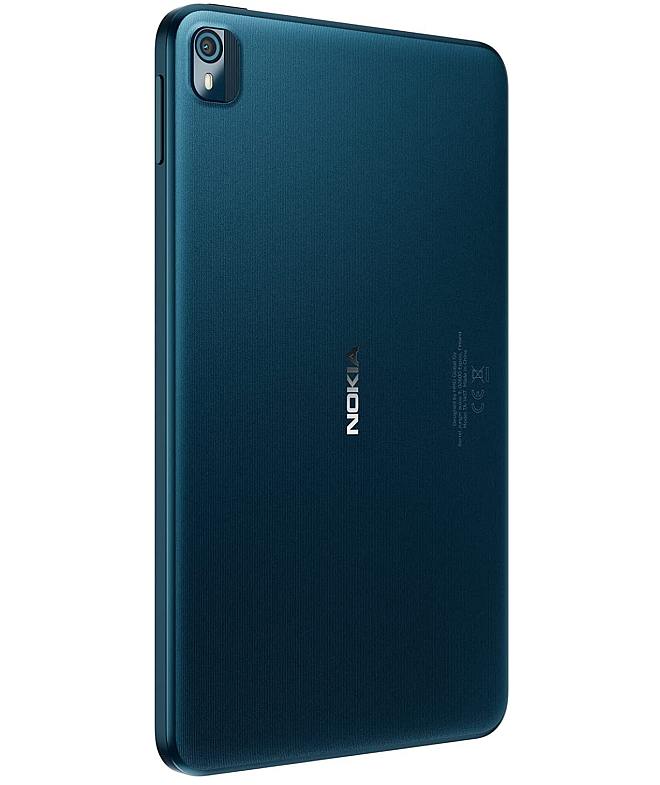