So, good news to those who were worried that the new Samsung Galaxy Book (TabPro S2 (SM-W727)) would only have 4GB of RAM. It won’t. There will be at least an 8GB RAM option too I found out after browsing through some new FCC documents for the SM-W728 version, which although shares nearly all of the specs with the SM-W727, differs with twice the memory and storage.

Reading through the document on the SM-W728 model with 8GB of LPDDR3 RAM, it actually states that the SM-W728 shares these specs with three models, with these being the SM-W727, SM-W728NO, and SM-W727NO. 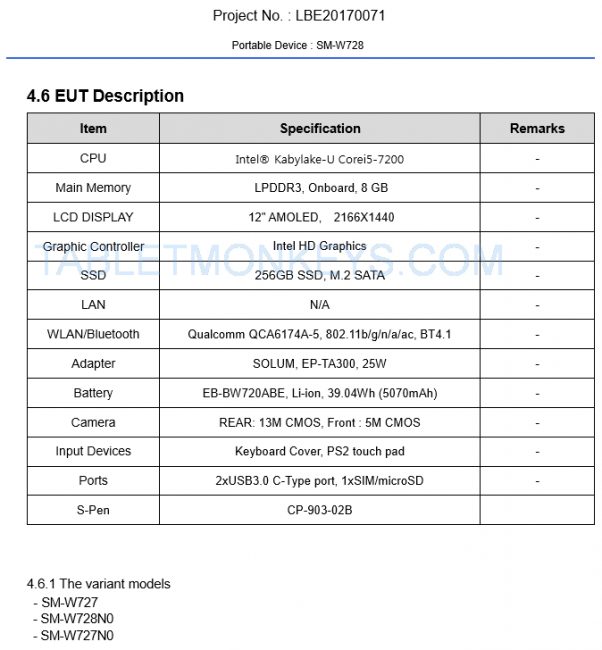 As some of you know, this would be keeping in line with the variants of the 1st generation Samsung Galaxy TabPro S, where the 4GB RAM version in either black or white, and the 8GB RAM version in gold, both shared the same same SM-W700 model number.

And just like the visualy very memorable 8GB RAM gold version, the new Samsung Galaxy TabPro S2 with 8GB of RAM also has twice the storage, with 256GB of SSD storage.