Mark Gurman who covers tablets at Bloomberg reported a few hours ago together with Dina Bass, that Microsoft is planning to release a line of new Surface tablets in the price and size categories below the Surface Pro and Surface Book 2, quoting people familiar with the matter.

What’s specified for the new Microsoft Surface 3 successor is that it’s a Windows 10 Pro tablet in the 10-inch size category somewhere, which is described as having round edges yet still a stand, being powered by a Intel processor and GPU, with options of 64GB or 128GB storage, optional 4G LTE connectivity, having a USB Type-C port, and new charging and syncing features. Battery life and size are both described as lower then the Surface Pro, which would put it at around 10.5 hours long.

The new 2018 Surface tablet that will start at approximately $399, will have a cheaper keyboard cover, Surface digitizer pen, and mouse than exists today says the report as well. 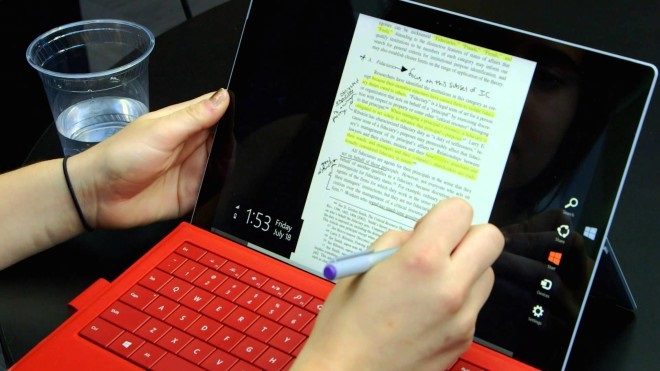 The plans are still only plans says today’s report, as Microsoft has yet to give the final go-ahead, though the new 2018 Microsoft Surface is expected to launch in the second half of 2018. The name is not known yet, but let’s call it Microsoft Surface 4 until any new leaks changes that. The lack of go-ahead might explain why the first rumor on the new Surface for 2018 from November last year, where it was believed to launch in the first half of 2018, didn’t materialize on time, even though there are a few weeks left of the first half.

It sound like the new 10.something-inch Surface 4 will succeed the Surface 3 that was launched on March 31, 2015.

After the Surface 3 went out of production in 2016, alternatives have been the Samsung Galaxy Book 10.6 with Intel Core m3-7Y30 processor, or the 10.8-inch Chuwi SurBook Mini with Intel Celeron N3450 Processor.