Lenovo has a few known tablets in the works, both leaked and announced that will be launched now and then over the next 6 months. But I can leak one additional Lenovo tablet that Lenovo haven’t announced yet.

Google’s own API’s states that this tablet is called the Lenovo Tab M9, and the model numbers are Lenovo TB310FU and TB310XU, which are for the Wi-Fi and the cellular models respectively.

This upcoming Lenovo tablet was benchmark tested a couple of times already during the summer, where it got up to over 330 in single-core and maxed out at 1263 in multi-core scores on Geekbench 5. 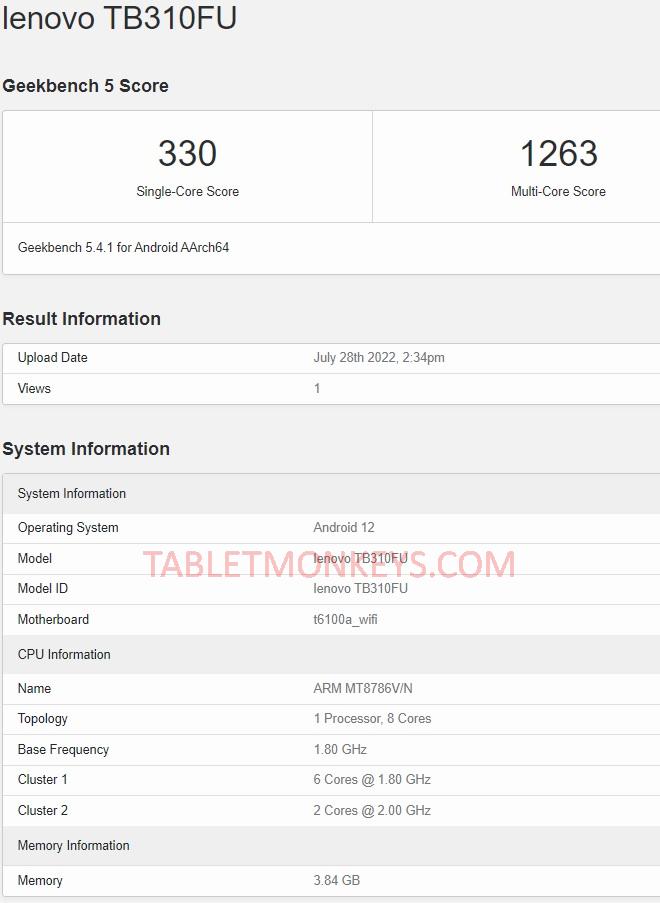 The benchmark scores also revealed that it ran Android 12 in the test, and was tested as both 3GB and 4GB RAM versions, all powered by the octa-core MediaTek MT8786V/N processor.

Another tablet that just launched with this configuration was the Realme Pad.

I don’t know what the size of the screen will be on this tablet yet. Judging by the name it should be larger than an 8-inch tablet, but smaller than a 10.5-inch tablet since Lenovo already have the 10-inch market covered.

And after all, we know there’s a new 8-inch Lenovo Tab M8 in the works already.