All things computing and probably the world’s largest authority on pocket laptops, Liliputing have discovered that Lenovo has a new 8-inch tablet in the works.

The first leak came through its FCC approval, but the tablet was then confirmed by a support site to be a Lenovo Tab M8 4th Gen, which is an as of yet unannounced tablet.

It took a while before the 3rd Gen was released in the US, but maybe the launch time will improve with the Lenovo Tab M8 4th Gen. 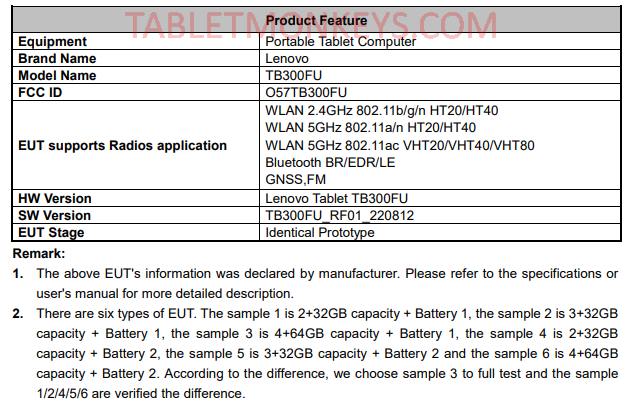 Little has been leaked in terms of specs yet, but the current 3rd Gen model is an entry level type of 8-inch tablet.

The only confirmed specs I can find is that it’s powered by a MediaTek MT8166 processor with 3GB of RAM.

When going through some of the FCC documents, I noticed there are many different model combinations of the Lenovo Tab M8 4th Gen.

There are 6 choices of the Wi-Fi version, and looking at the model numbers Lenovo TB-300XU and TB-300FU there’s the option of a 4G LTE model too.

I don’t know if this tablet will launch in time for Christmas, but if not there are some other 8-inch choices. These are primarily Nokia T10, the TCL Tab 8, and the Samsung Galaxy Tab A7 Lite 8.7.