While Chromebook users keep waiting and waiting for some new and more powerful Chromebook tablets to launch after the Flapjack benchmarks back in May, there still hasn’t been a new Chrome tablet launch since then.

But now at least Chrome Unboxed have discovered some new information concerning one of the possible MediaTek MT8183 powered Chrome tablets.

Within the kernel of a device that appears to be codenamed Kukui, Chrome Unboxed found software support for the same 9.7-inch screen used on the Acer Chromebook Tab 10, meaning the same 2048 x 1536 resolution that was once known as retina resolution when Apple introduced in on the iPad for the first time.

So based on the combined specs so far it’s reasonable to assume that there’s a 9.7-inch Chrome tablet in development with 2048 x 1536 resolution, powered by a MediaTek MT8183 processor with 4GB of RAM.

But the tablet brand behind it is still unknown. Lenovo, and Acer in particular have used a lot of MediaTek processor in their tablets over the years though, so Acer would not be an unlikely manufacturer, since Acer also builds Chrome tablets for the education market. 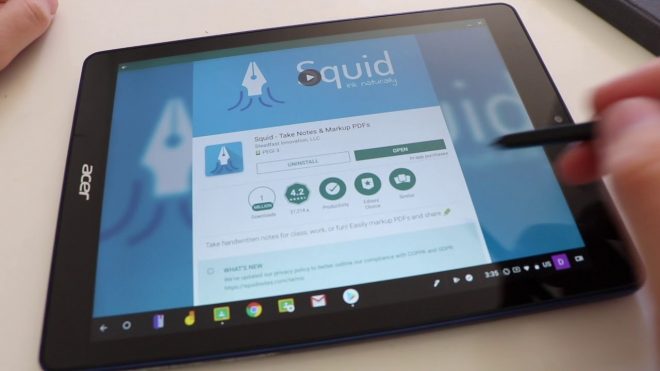