When Microsoft launched their new Surface 2 tablets last year, a lot of Surface customers held back on the purchase of a keyboard cover because they were waiting for the launch of the Surface Power Cover that would extend battery life by 60%-70%.

Now Power Cover is finally due for release on March 19, and it’s up for pre-order on Microsoft Store for $199.99.

What are the specs for Microsoft Surface Power Cover?
That’s a good question. Despite asking $200 for a pancake-thin keyboard (depending on how you like your pancakes), Microsoft likes to act cool and doesn’t want to disclose very useful specs like actual mAh of battery capacity ahead of release. 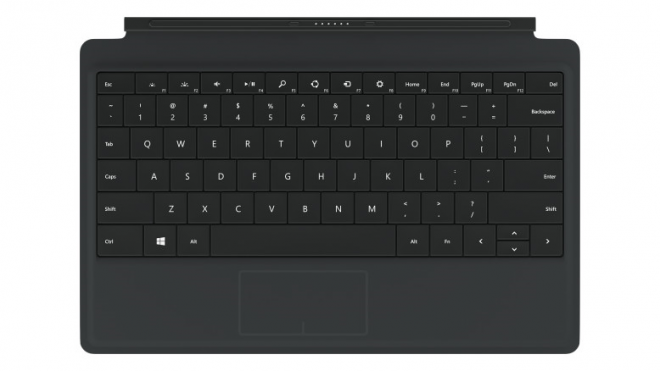 What we are told is that the Power Cover can increase battery life by up to 60% on Surface Pro and Surface Pro 2, and up to 70% on the Surface 2.

Now if that’s more or less accurate, that would indicate something around a 3000mAh internal battery in the Power Cover, which would add up to a battery life of 17 hours for the Surface 2 when used together with the Power Cover.

The specs that we do know though are the dimensions and weight. It’s 9.75mm thick, and weighs 250 gram / 0.55 lbs. Other than that it attaches to the Surface 2, Surface Pro, or Surface Pro 2 magnetically like most attachable tablet keyboards does by now. The only available color is black. So with this cover, you get a keyboard on the top and a cover on the rear. 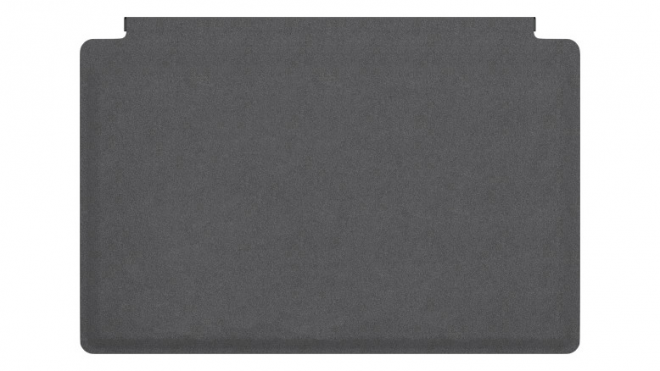 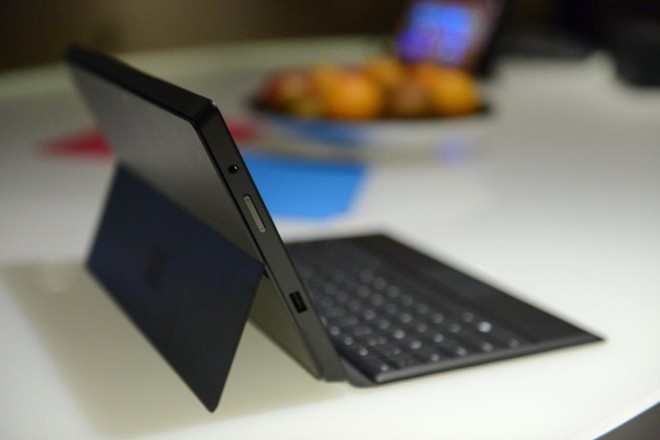