Chitika have released some new statistics that measure the market share of tablets stacked against one another, but not based on hard-to-come-by sales figures, instead Chitika have relied upon web statistics.

And based on Chitika’s ad impressions pr. tablet brand, the leading tablet brand they served ads to in USA and Canada year over year between September 2013 and September 2014, was of course the iPad, with a significant market share of 79.9%.

Amazon’s Kindle Fire tablets came in on second place, with a market share of 6.7%, ahead of Samsung at 6%. Google’s Nexus tablets then followed suit at 1.7%, but seems to have pretty much stagnated, just ahead of Microsoft, which have now reached a market share of 1.6% with their Surface tablets, with a 60% increase in market share over the 1% measured by Chitika one year before. 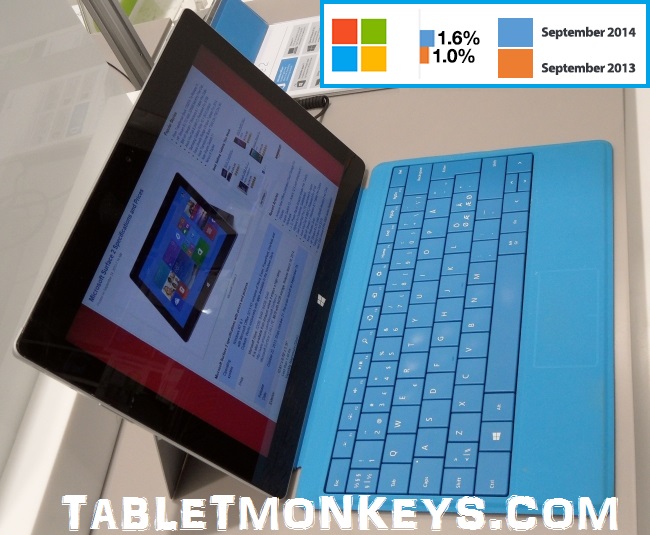 To read more of the report, see: http://chitika.com/insights/2014/q4-tablet-update