Lenovo have restructured their tablet division the last two quarters, and this reflects in improved design and hopefully quality too – with an unavoidable effect on the price too in the end. 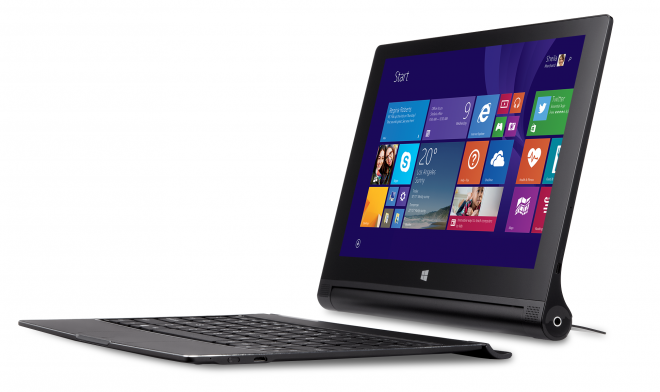 With a Yoga Tablet you are also paying a little for the longest battery life a tablet can have as well. The battery life is 15 hours on the Windows 8.1 versions of the Lenovo Yoga Tablet 2, as opposed to 18 hours on the Android versions. The 9600 mAh battery also have standby time of 20 days.

The Windows models of Lenovo Yoga Tablet 2 are black on the front and the back, as opposed to the silver colored Android models.

The front stereo speakers pumps out Dolby Audio from a Wolfson Master Hi-Fi codec, while the front web camera have a 1.6MP resolution, with a 8MP resolution camera on the back of the tablet.

Lenovo Yoga Tablet 2 10″ with Windows 8 also comes with a one year subscription to Microsoft Office 365.

And the same Accutype keyboard that fits the 10.1-inch Android version also fits this Windows model, and works as a cover as well.

While the Lenovo Yoga Tablet have been on the market for a year now, it wasn’t until the launch of the Yoga Tablet 2 range that it also got the Windows option. I’m pretty sure these models will sell better than most Windows tablets on the market today, as a price of $399 is not particularly much for a Full HD Windows 8.1 tablet. 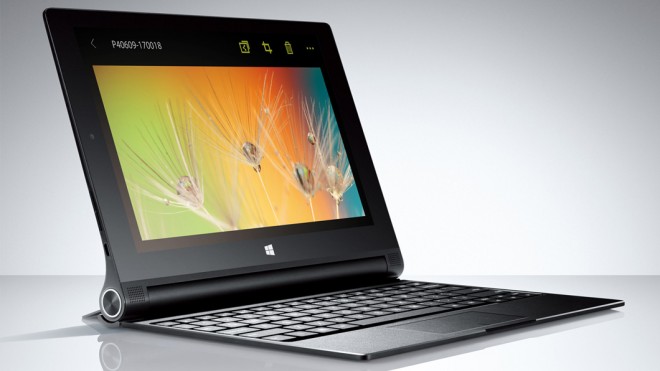 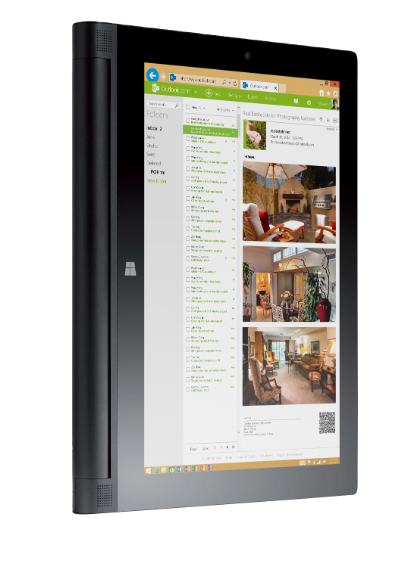 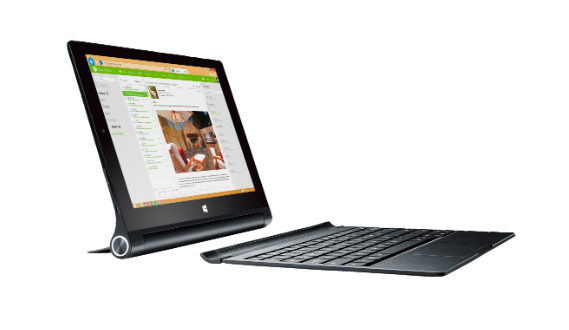 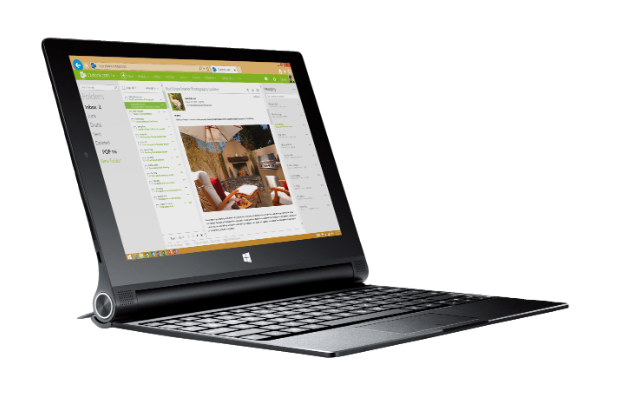 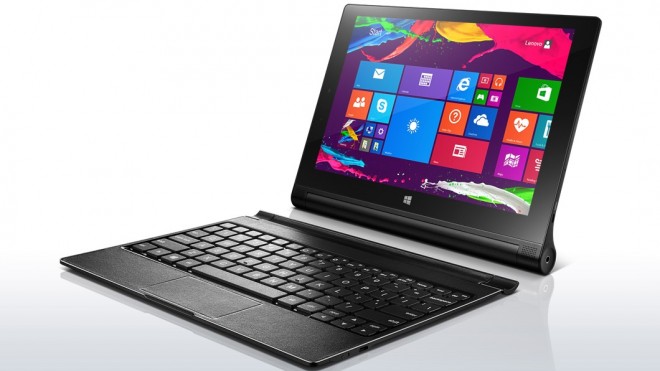 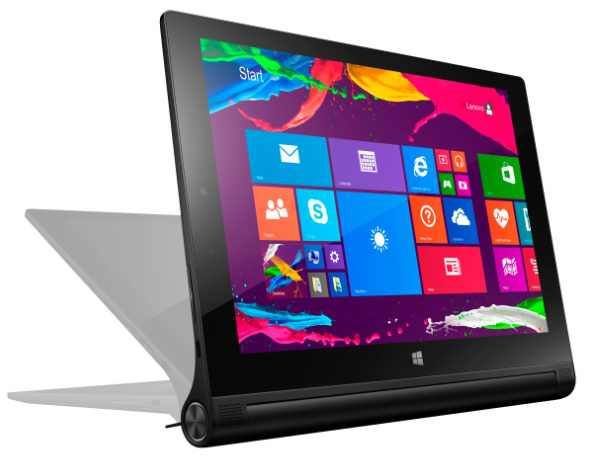 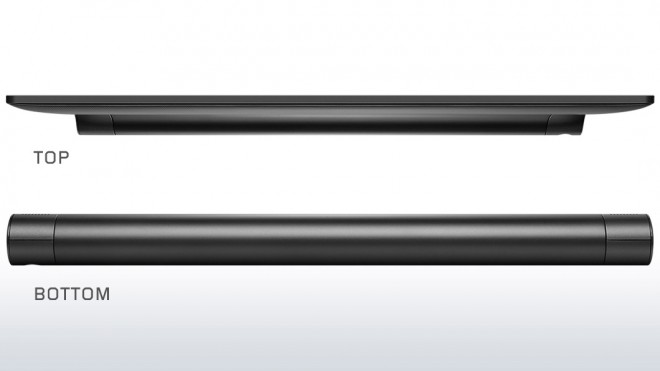 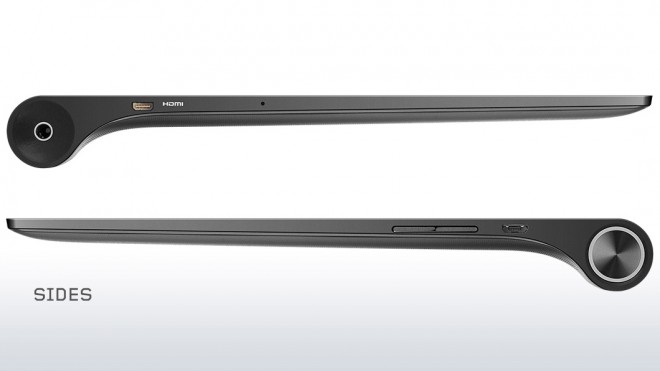 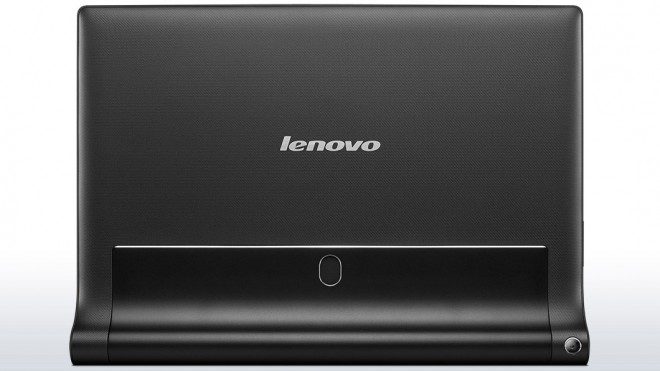 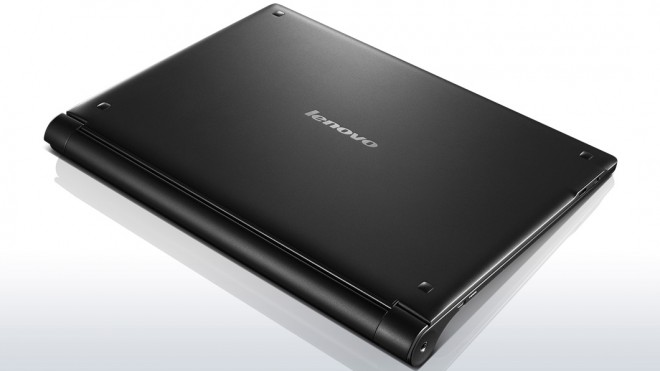 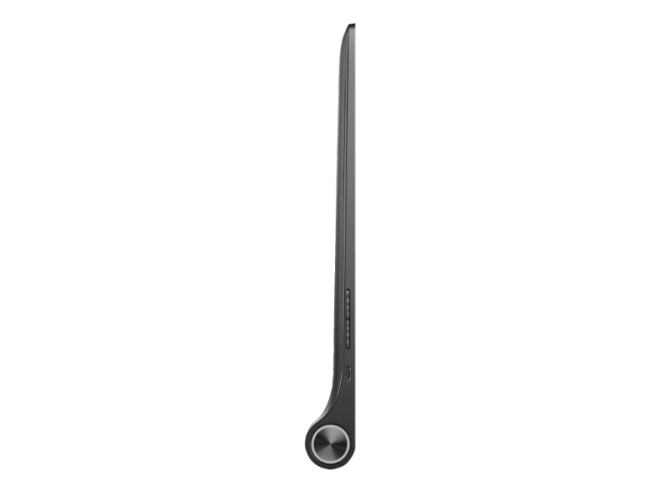 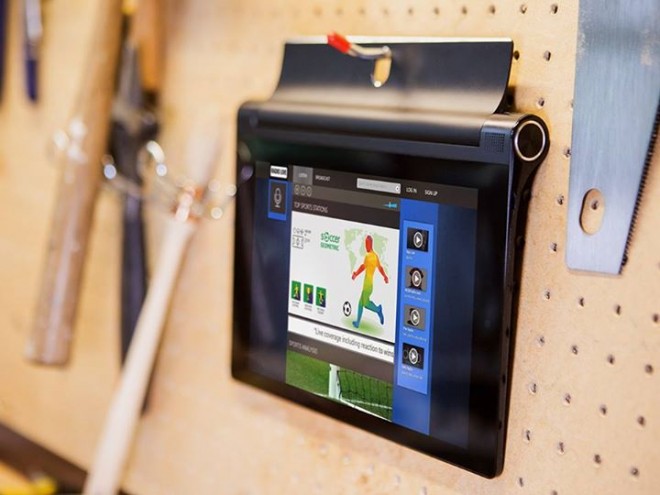