Lenovo Yoga Tablet 2 10-inch with Android 4.4 was unveiled yesterday on October 9 in London, and is the successor to the Lenovo Yoga Tablet 10 that was launched in October 2013:
http://www.amazon.com/Lenovo-Yoga-Tablet-10-59426285

That first Lenovo Yoga Tablet only had a HD display at 1280 x 800. Lenovo then added a Full HD model earlier this year, called Lenovo Yoga Tablet 10 HD+, a tablet I found very enjoyable, I just thought $349 was a little on the expensive side.

The new Lenovo Yoga Tablet 2 10-inch however cost $299 at launch, and will be released at the end of October. And with the new Yoga Tablet 2 having Full HD 1920 x 1200 resolution as standard, the price isn’t bad.

New to the second generation Yoga Tablet are a complete set of angles in the built-in kickstand, and a hang mode, so that the tablet can be simply hung to a nail or screw on the wall. It’s very practical, and not something that design-over-function people at Apple would ever design. 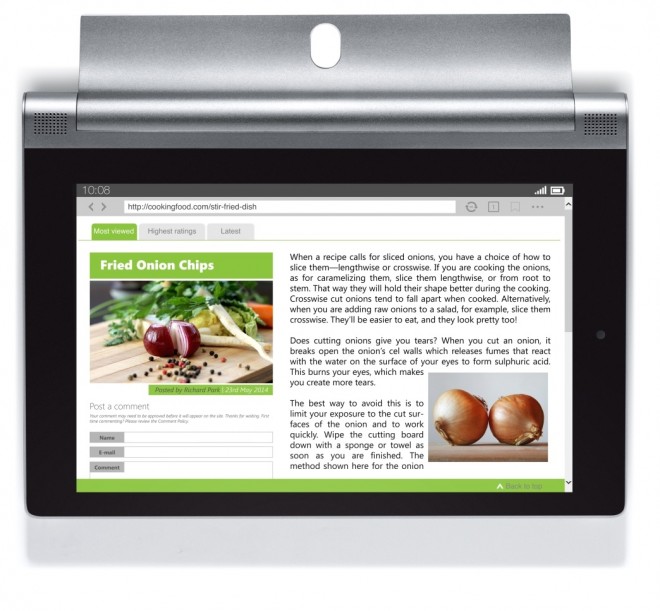 Specifications for the Lenovo Yoga Tablet 2 10-inch with Android begins with the quad-core Intel Atom Z3745 processor at 1.33 GHz, with 1.86 GHz in turbo mode. It is launched with Android 4.4 KitKat, 2GB (1066MHz) LPDDR3 RAM, and 16GB storage. The microSD slot supports cards up to 64GB.

The 10.1-inch screen have a wide angle IPS display with the aforementioned 1920 x 1200 resolution, and 10-point multitouch support.

Audio is a step up too, as Lenovo understands that these tablets are used a lot for entertainment, since it has two front speakers with Dolby Audio and Wolfson Master Hi-Fi codec. The front camera have 1.6MP resolution, while the rear camera have a 8MP resolution with f2.2.

The battery life is obviously not just good, but the best among all tablets, by far, at 18 hours. This comes from the large 3 cell Li-ion battery with a 9600 mAh capacity. The standby time is 16 days.

Lenovo have also created a Accutype keyboard dock for the Lenovo Yoga Tablet 2, but it only fits the 10.1-inch models with Android or Windows. This is because it also functions as a cover, as you can see in one of the images below. 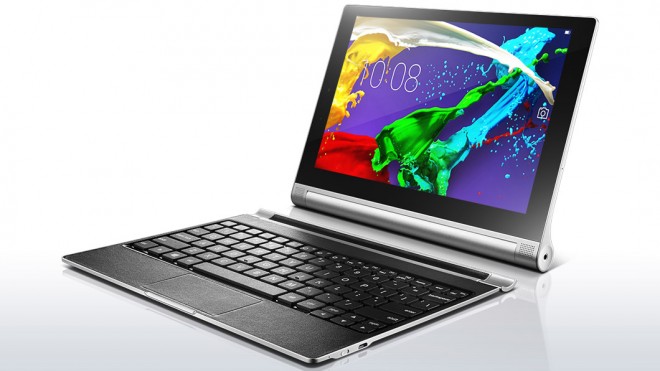 As a 10.1-inch Android tablet with Full HD at $299, it’s like this tablet doesn’t have any actual competition at the moment. People tend to go for the Samsung Galaxy Tab 4 10.1 when they want the cheapest good Android tablet at 10 inches. But Samsung’s cheapest Galaxy Tab only has HD resolution, so the only advantage the Galaxy Tab has is the multi-tasking feature, and a slimmer design without the cylinder.

Other than that, with the Lenovo Yoga Tablet 2, Lenovo is sitting on a winner. I’m pretty sure that this model and the other Yoga Tablet 2 models will become a frequent Christmas gift for the holidays this year. So dad, if you’re reading this… 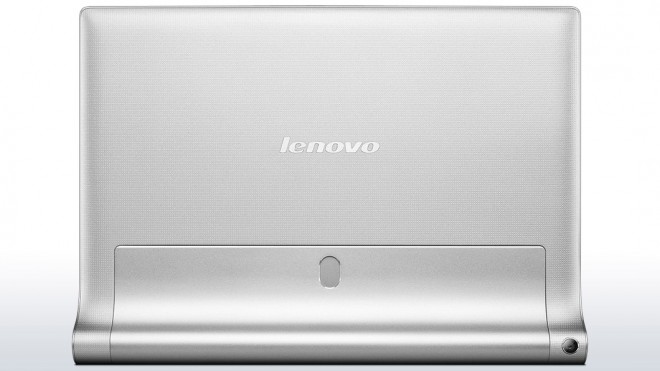 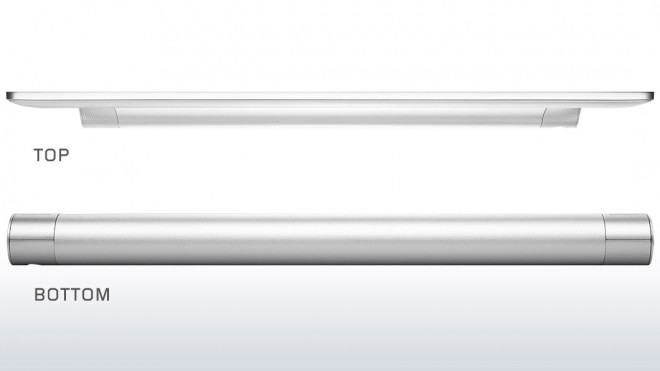 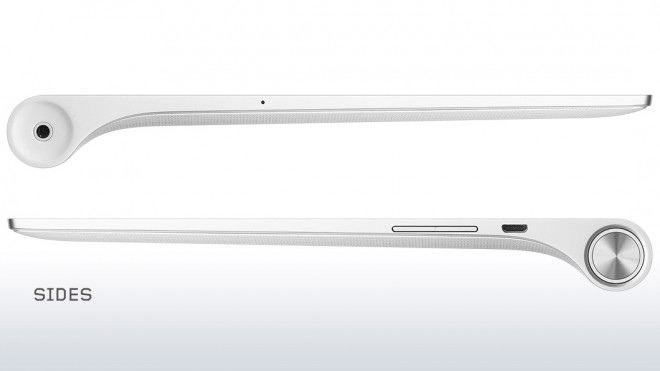 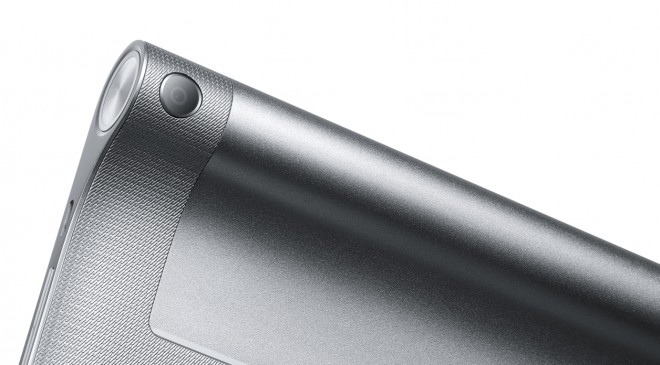