Whether you consider these two flexible tablets good value or not depends on what you’re looking for.
Their most obvious features are the battery pack kickstand which provides up to 18 hours of battery life as well as better grip, and the almost iOS-like skin they put on top of the Android 4.2 interface.

The bottom cylindre provides hold and a kickstand with flexible tilt angles, and on the inside it holds a battery that can power these tablets up to 18 hours. Lenovo even made it possible to charge other devices from the Yoga Tablet through USB.
How about that? 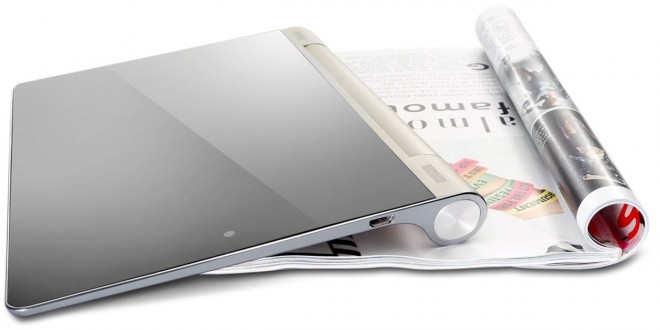 Both tablets run Android 4.2 but the skin Lenovo has put on it makes it resemble iOS quite a lot.

The display has a 1280×800 resolution, which helps preserve battery. And it also features a 1.6MP front camera and a 5MP rear camera to shoot pictures and video with. The stereo front speakers feature Dolby DS1 technology.

Lenovo will also sell an optional Bluetooth keyboard/cover for the Yoga Tablet 10.
There’s also going to be a dongle called WD100, that enables wireless streaming of video content from the tablet to the TV.

Both tablets were launched on October 29th and gets released today on October 30th. A Full HD Lenovo Yoga Tablet 10 HD+ will be released next autumn. 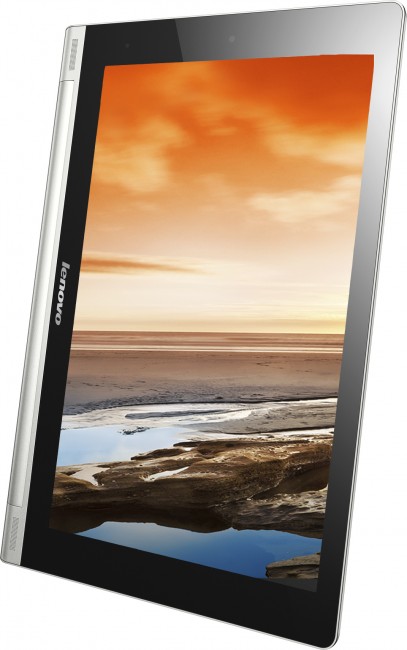 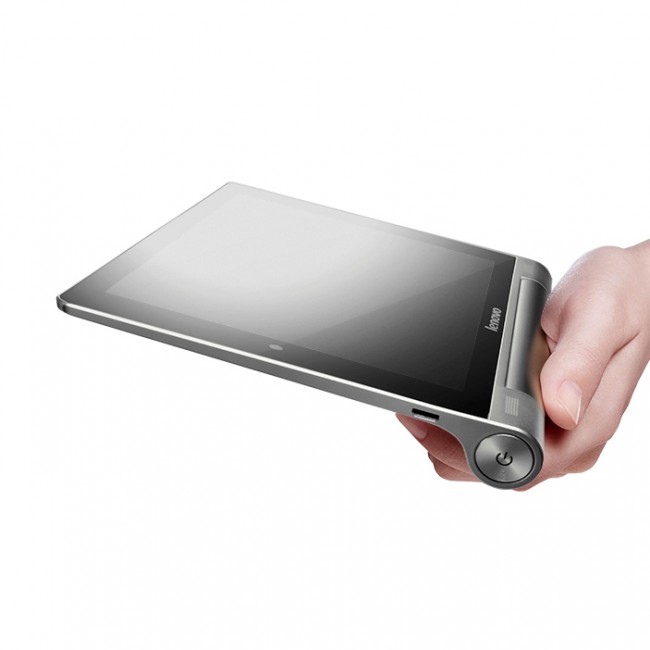 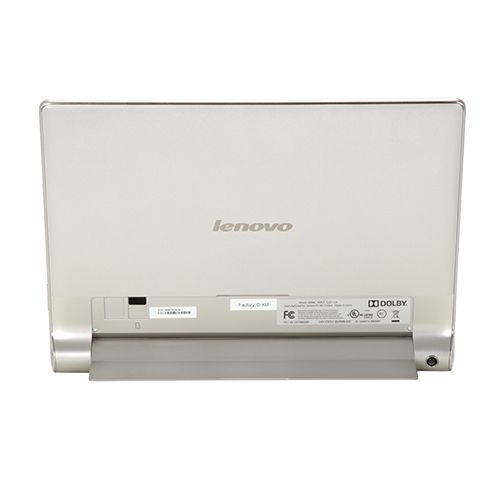 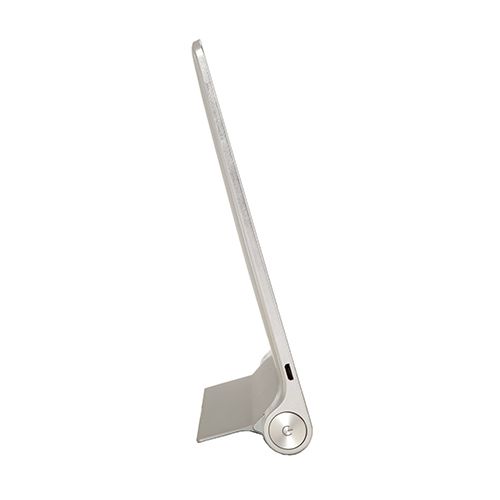 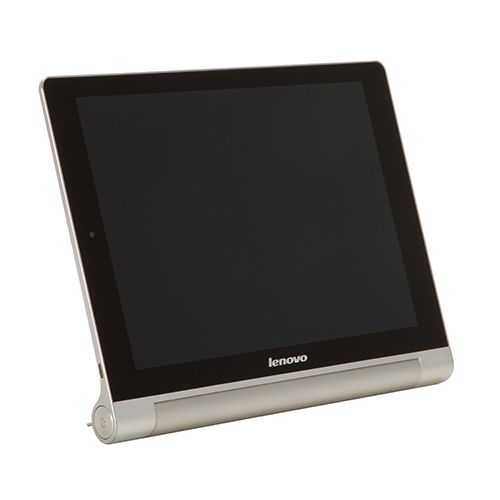 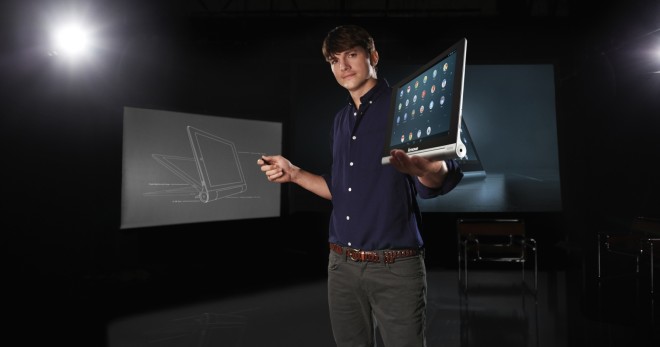 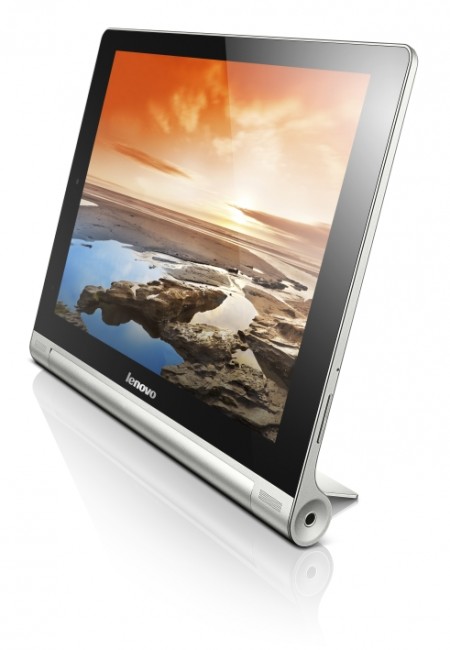 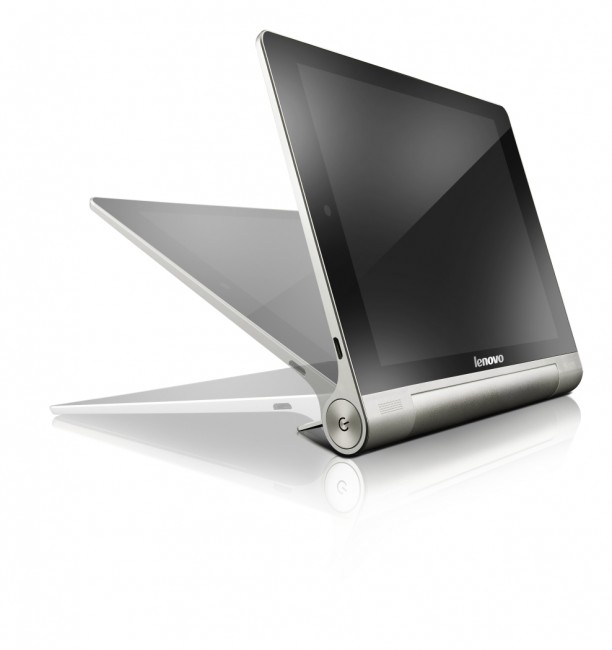 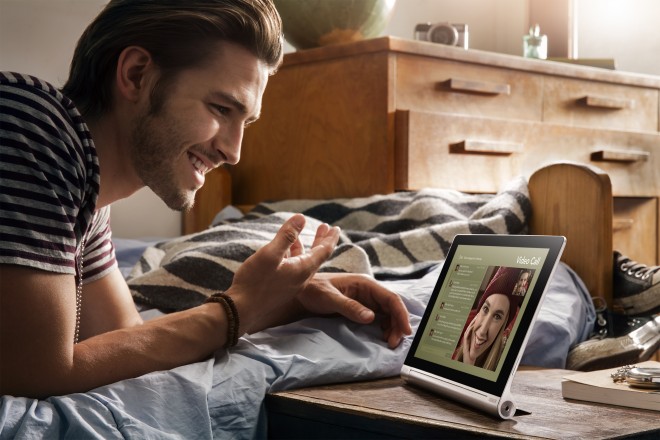 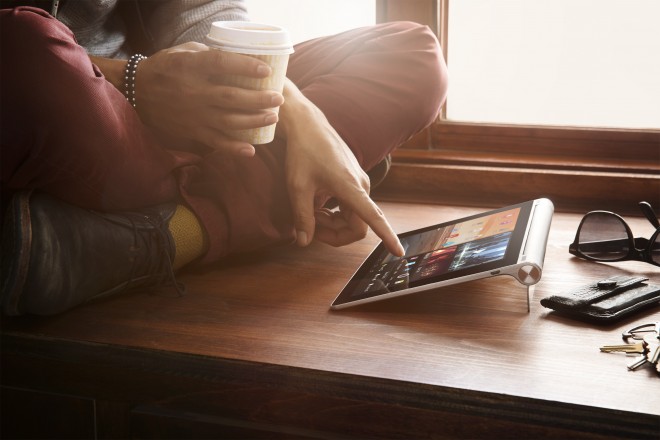 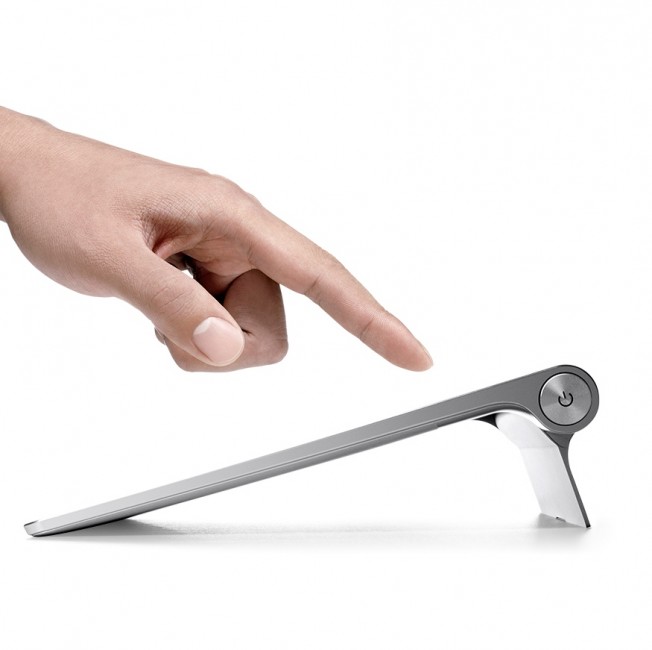 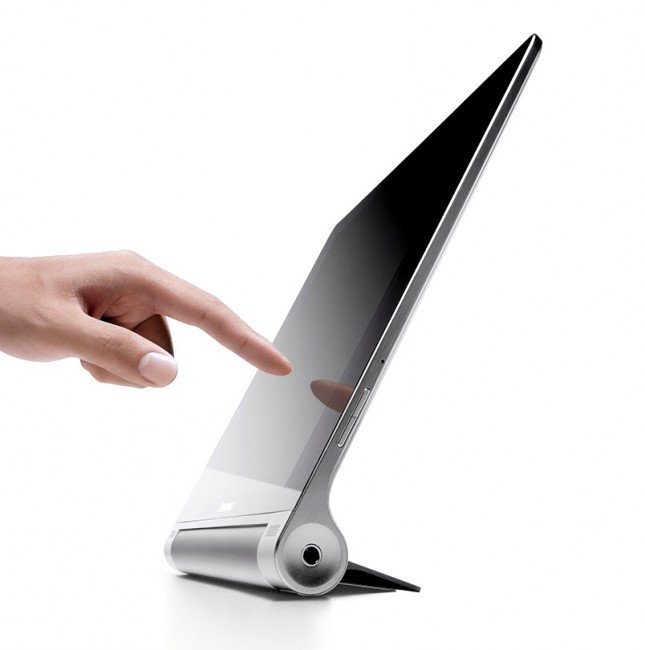