For the last two weeks there’s been several leaks for a few unoffical upcoming HTC tablets.

There are two known HTC tablets expected to launch soon. One is a 8.9-inch HTC T1H tablet said to resemble the HTC Nexus 9, but built for the Asian markets and with a different processor than the Nexus 9.

Then there’s a 7-inch HTC tablet that is supposed to be a mid- to low range tablet. And the latest leaks seems to suggest that the model names HTC 2PMW100 and 2PMW110 is that tablet, or at least a similar budget tablet.

Last week these tablets leaked from the Wi-Fi Alliance’s certification papers, which provided us details for these tablets with info such as Android 5.0, and single-band 2.4 GHz b/g/n Wi-Fi, but nothing else.

But now a new leak from these tablets Bluetooth certification papers also spills the beans on the Bluetooth 4.0 version.
Considering that the HTC Nexus 9 has Bluetooth 4.1, it now seems even more unlikely that these HTC 2PMW100 and 2PMW110 models are anything but budget tablets.

The listing details from the Bluetooth organization specify that these models have hands free features, so based on the two model numbers we can expect at least one of them to be a 3G/4G tablet with voice calling features. 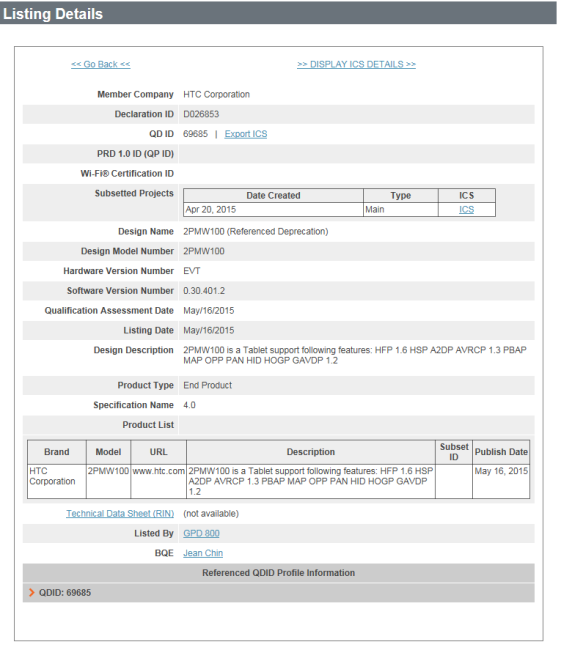