We got a whiff of the HP Slate 7 Beats Special Edition back in April, but didn’t know exactly what kind of tablet we would end up with. But we do now that HP have launched this red “music tablet”.

A more detailed look at the specs reveal the quad-core Tegra 4 processor running at 1.8GHz, that the tablet have 16GB memory, 1GB DDR3 SDRAM, just a 1280 x 800 resolution display, and 9 hour battery life, yet HP wants $249 for it.

Wow, talk about crazy, particularly since this is a end-of-life-cycle tablet. And to complement the specs there’s a 0.3MP front camera, and 5MP rear camera. 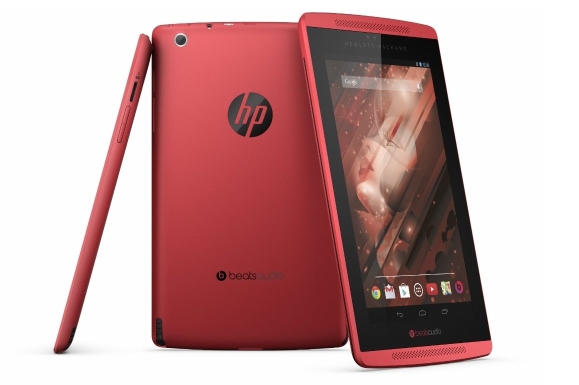 If the tablet design reminds you of something, and the specs sounds familiar, then that’s because they are. This tablet is underneath just the same old HP Slate 7 Extreme and Tegra Note 7.

The best thing about these tablets are the speedy processor and the integrated stylus. But there is no point in paying a premium price for the HP Slate 7 Beats Special Edition despite HP’s claims that it has good sound. The other two tablets are on average 25% cheaper, than this red special edition.

The full specifications sheet is available in PDF from HP.com, and you can see it on Amazon