PCworld wrote today that HP have announced the HP Elite x2 1012 G2, though I haven’t seen the official announcements from HP today.

Nevertheless, the specifications for the tablet are on HP’s websites, and this is an enterprise tablet and a successor to the HP Elite x2 that was launched in January 2016.

It is said to launch in July from $1099, which isn’t cheap compared to the other 12-inch Windows 10 Kaby Lake tablets Asus Transformer Pro T304UA or the Lenovo Miix 720. But then again, the HP Elite x2 1012 G2 is an enterprise tablet.

And as such it has features that consumers would usually never use. Storage options too are very different on normal consumer models, as there are as many as 9 different storage options to configure the HP Elite x2 1012 G2 with. 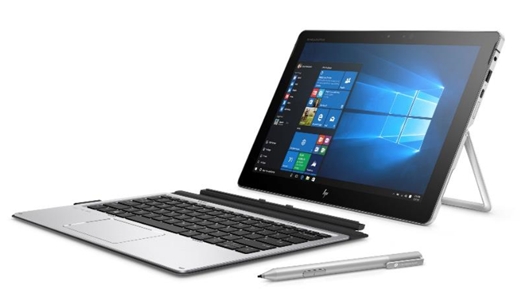 The 12.3-inch screen has a resolution of 2736 x 1824, with 340 nits brightness (LED). So no lunch meetings with this tablet on outdoor cafes then, if that’s the maximum brightness. It has LPDDR3 RAM from 4GB to 16GB. And as an enterprise tablet, it has many WWAN options, and even tri-band Wi-Fi with Bluetooth 4.2, and WiGig Combo.

HP is now on it’s third year of sourcing speakers from Bang & Olufsen, so that promises decent front facing stereo sound. It has a 5MP front camera and 8MP rear camera, both of which records Full HD video.

There are 2 optional keyboards, while the pen has 2048 levels of pressure sensitivity, which is high, but still only half of the sensitivity of the Super AMOLED Samsung Galaxy Book 12. 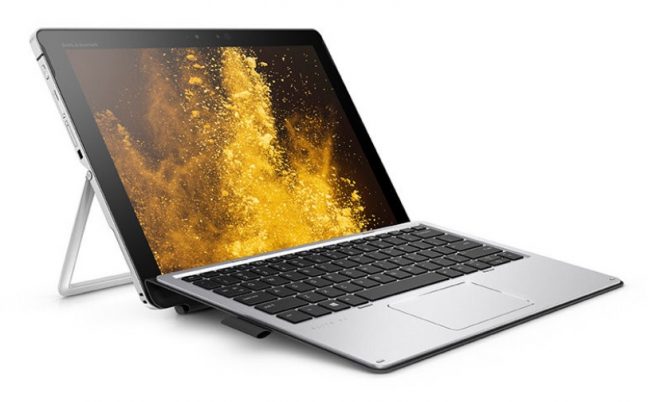