After the the November unveiling of the Windows 10 2-in-1 tablet HP Elite x2 (1012), the hybrid computer is finally available in stores. The official price for the entry level model is $899 with Intel Core m3 processor:
http://www.amazon.com/HP-SMART-M5-6Y54-T8Z04UT-ABA/dp/B018HFPOGO/

With that kind of price, this tablet is in Surface Pro 4 and the 4K Dell XPS 12 territory.

At the base, we are looking at a 12-inch Windows 10 Pro / Home tablet with Full HD resolution of 1920 x 1280, covered by a solid Gorilla Glass 4, and with a built-in kickstand in the back, with 150-degree adjustments. 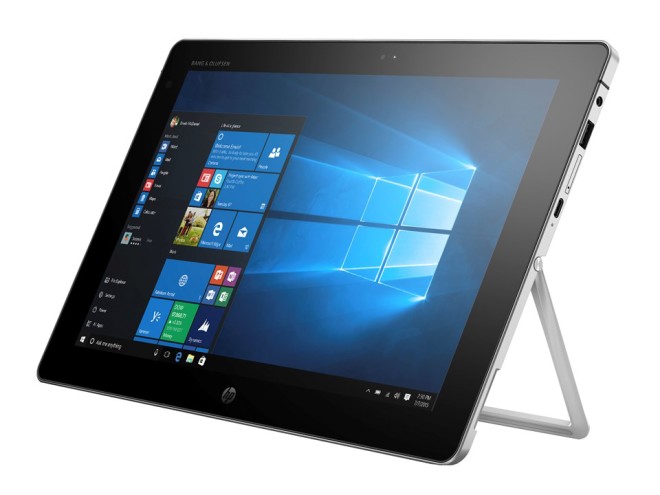 Processor choices are between Intel Core m3, m5, and m7 processor, though only the bestselling m5 model is available right now.

Since this is a tablet that HP made for the enterprise tablet sector, it has security features such as BIOS-level HP SureStart, HP Touchpoint Manager, and optional Intel vPro processor.

Highlights include Bang & Olufsen speakers and a digitizer pen that looks identical to the previous Surface pen, but also things like a USB C port with Thunderbolt and USB A port, dual-band a/b/g/n/ac Wi-Fi, Bluetooth 4.2, and optional 3G or 4G later on.

The onboard cameras are a 2MP front camera with 1080p support, and a 5MP rear camera, also with 1080p video recording support. The tablet then comes with a backlit detachable keyboard, and support for digitizer pen.

It’s a nice tablet for the enterprise market, but the price is extreme based on the hardware specs alone, especially now that Surface Pro 4 is heavily sought after as an enterprise tablet already. 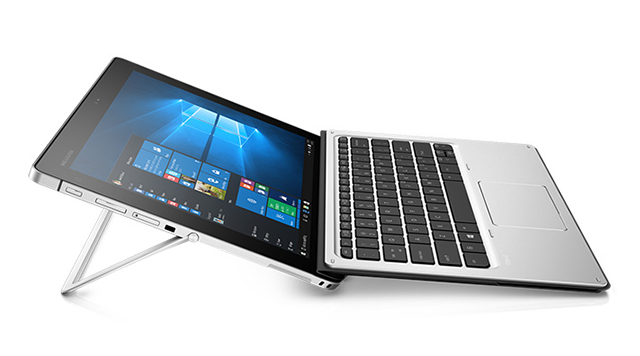 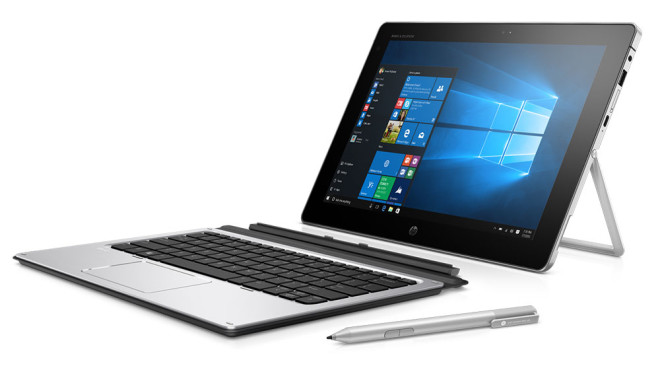